White Rabbit Red Rabbit: a play with no directors or rehearsals

Presented by the Instant Café Theatre, this play will see rotating actors given a script shortly before going on stage. By Poskod Imagine travelling the world through the eyes of others. That would be the essence of the play White Rabbit Red Rabbit by Iranian playwright, Nassim Soleimanpour. Prohibited from leaving his homeland because he did not have a valid passport, Nassim wrote a play that could “travel” on his behalf.

Presented here by the Instant Café Theatre Company in association with Aurora Nova Productions, this multilingual play is similar to an improv session. Performed with a cast of actors from various fields, it is a play with NO directors, rehearsals or even a set.

A sealed envelope containing the script will only be given to the actors when it is time for them to perform on stage. What comes from that is anyone’s guess but it’ll certainly be an arresting and intriguing experience for both the performers and audience themselves.

There will be two runs of the play, one in Penang and one in KL, with a different actor for each performance. In KL, the lineup of actors performing are Ghafir Akbar (English), Iedil Putra (Bahasa Malaysia), Anne James (English), Sharifah Amani (Bahasa Malaysia), Pete Teo (English), Ee Ling Tang (Chinese) and Kuah Jenhan (English).

White Rabbit Red Rabbit will run at DPAC from 19 – 23 February and at penangpac from 26 February – 1 March. Find out more here. 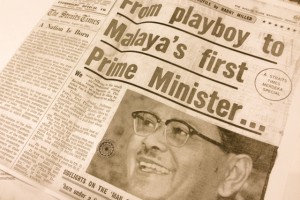 10 things you didn’t know about the Tunku 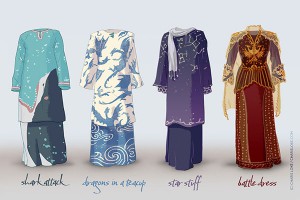 Bawang: Malaysians shocked by news that people have sex