Watch the official music video for Kolumpo, a film which intertwines three stories set in KL. By Poskod A new Malaysian film, Kolumpo, is set to showcase local talent in both film and music. With a soundtrack commissioned from homegrown musicians, the film features three stories set in KL – the word “kolumpo” being a colloquial pronunciation for Kuala Lumpur. Each story has a different director: Sheikh Munasar, Rozi Izma and Bront Palarae. Together, they show the variety of human life and interaction that takes place in our city.

One of the featured songs, “Nadi Kota”, has been written and composed by Darren Ashley and The Impatient sisters: a collaboration between two of the hottest names in local music. The video of the song features the musicians against different backdrops of KL. The whole thing is washed in cool lo-fi hues giving the streets a calming, serene effect you wouldn’t normally associate with the city! How many places can you recognise?

The other song to listen out for is “KL Lita”, a mellow number by none other than Yuna featuring Qi Razali.

Catch Kolumpo in cinemas from 5 December!

Want to know more about collaborations in Malaysian music and film? Check out this article on The Wknd. 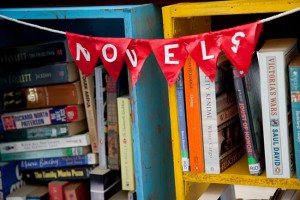