Campaign seeks better working conditions for those in the creative content industry. By Poskod

Media workers have launched a campaign to protest conditions in the creative content industries. Titled “Switch Off , the campaign is urging the government to support workers in the industry and protesting the large broadcasters and stations for “short-changing” content suppliers.

Leading the Switch Off campaign are prominent industry figures such as director Jurey Latiff, Paloh (2002) actor Gibran Agi, and veteran director Othman Hafsham. Alongside the other Switch Off representatives, they are campaigning for a better deal for the industry’s lowest paid workers.

According to the organizers, nearly 3000 people turned up to the launch last month, with more than half estimated to be film and television crews. Actors and extras, equipment suppliers, directors and other support services were also in attendance. The spirit was one of “kita mampu bersatu”.

The campaign has scored an early success with the Minister of Communication and Multimedia, Datuk Ahmad Shabery Cheek, requesting FINAS to meet with the Switch Off organizers. FINAS had snubbed the Switch Off campaign launch by refusing to meet, and forcing the organizers to use Dataran Zoo Negara to hold their event.

The campaigners see the government and in particular FINAS as having a crucial role in regulating the media industry, developing new policy, and mediating between large content broadcasters and content providers and their workers.

Switch Off leaders are hopeful that the new FINAS director general Kamil Othman, who has just crossed over from MDeC, will inject new life and responsiveness into the government agency. Many filmmakers and workers said they had previously felt let down by the agency they call their “bapa”. One source said Othman is “the right guy for FINAS”.

According to a report from Daily Seni, FINAS met with Switch Off campaigners, as well as other industry stakeholders, last week to discuss a future Creative Content Industry Act and Creative Industry Consultative Council.

However, despite the success of the campaign launch, not all in the industry are behind Switch Off. The Malaysian Film Producers Association (PFM), who also attending the recent meeting, has publicly announced that it does not support Switch Off, disagreeing with how Switch Off has sought to engage the government.

Switch Off has demanded an immediate doubling of the amount paid to content suppliers. Frustration was expressed towards the TV stations who are seen to be profiting at the expense of workers who complain about not being paid – sometimes up to two years overdue – or being paid too little.

After the Asian Financial Crisis, RTM and others lowered the rates paid to content suppliers, but have not increased their rates over the last ten years despite increased cost pressures on workers.

Malaysian creative industry workers are facing similar issues with other workers around the world as flexibility and contractual work conditions become more widespread, leaving many workers in precarious positions, with little job security, and reducing their bargaining power with content buyers such as television stations.

The campaign builds on a forum held in late October when Switch Off launched their 11-point demands, which include the creation of a Creative Content Industry Act and a One Stop Centre to better regulate and supervise the industry. 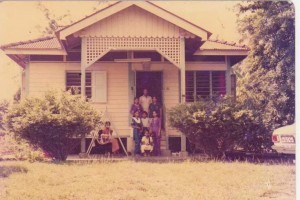 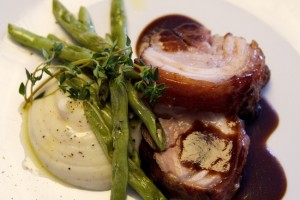