Would you climb a building to spread your message? By Audi Bin Ali

Rallies are becoming a fairly common way for people to voice their feelings on social issues in Malaysia. But there are other ways of getting your message across – if you dare.

Earlier this month, Fatin Ilani climbed a skyscraper with a friend and photographer, Keow Wee Loong, to take a picture of herself holding up a placard on a rooftop overlooking the cityscape of KL. Clad in a grey kebaya, her portrait against the harsh steel of the urban landscape makes for a striking image. Since uploaded on 4 August, the photo has gone viral on social media, spreading her message: “Save Gaza”.

In an interview with Says.com, Keow Wee Loong said that he was surprised that Fatin was undeterred by the climb as a lot of his own friends were frightened by the dizzying heights. At the beginning of the fasting month, Keow Wee Loong himself climbed the 1Sentrum building without any safety harness, simply to hold up a sign saying “Happy Ramadhan”.

Across the world, similar stunts have captured attention. In India, competing with campaigns by major political parties, independent candidate and “Indian Spiderman” Gaurav Sharma decided to scale a building to deliver pamphlets and greet voters from one window to another in April this year. He didn’t win the seat, but he did gain some attention.

A few days ago, a London Palestine Action Group held a protest on a rooftop. These dangerous acts seem to emphasise the passion of the participants. However, some would say that they also misdirect the attention of the public towards themselves rather than the cause. What do you think? Are they impressive, helpful, or just another distraction? 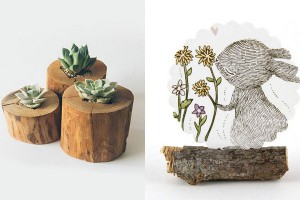 What To Do: I Heart Malaysia Art Exchange