Is racism the price of authentic food? By Poskod
Last week, the Penang state government confirmed that they would ban foreign cooks from hawker stalls and food courts, in order to preserve the “authenticity” of their local food. The ban will come into effect in 2016.According to a report in The Star, a recent survey carried about by Penang Municipal Council this year saw a majority support for the ban. “The ban will help maintain the standard of our local food, unlike in Kuala Lumpur where foreigners are mainly the cooks,” said Penang Hawkers Association chairman Lam Tong Ying.Penang has become famous for its street food and rated a top food destination in the world. However, when asked over the weekend, Malaysian hawkers on George Town’s famed street food corner on Chulia Street did not seem to know of the upcoming ban.Penang’s Chief Minister Lim Guan Eng told the press, “Most visitors would not want to come to Penang to taste food cooked by foreigners. Only when you maintain the original taste of flavours can you feel the warmth of Penang.”However, the news has left many feeling far from warm. Under these regulations, foreigners can be hired to help clean or serve the food, but not do the actual cooking. In Kuala Lumpur and other cities around Malaysia, foreigners are often seen working as cooks. Penang’s ban has sparked accusations of xenophobia.As younger generations decline to take over family food businesses, foreigners have been hired in order to keep hawker stalls running. In KL, many are fluent in local languages and both cook and manage stalls and restaurants.Robyn Eckhardt, an American food journalist, blogger and author who has lived in Malaysia for over nine years, thinks the state government has made the wrong move. “The law smacks of racism. Internationally speaking, it casts the state in a negative light,” said Eckhardt, in an email interview with Poskod.MY.”A major stop on the Southeast Asian spice route, a crossroads for travelers from all over the world, a land of immigrants, a state whose cuisine arose from the intermingling of cooks from many lands, institutes a law banning “foreigners” from cooking its food. How sad is that?”Eckhardt added that she rarely saw foreigners cooking at Penang stalls in any case. “And what if a successful Penang hawker stall did have a non-Malaysian cook? Why should it matter? Are Penang-ites not culinarily discerning enough to decide for themselves what good and ‘authentic’ Penang food tastes like?”In recent years, George Town has seen a wave of measures to protect its cultural heritage, from its architecture to traditional arts. But now, with this foreign cook ban, some might say that the state has gone too far.What do you think? Share your comments below.http://rusbankinfo.ru займ на карту срочно без отказа 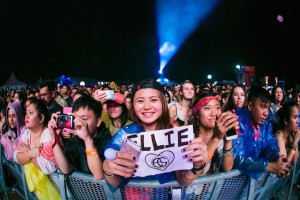 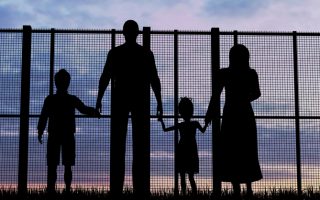 Where They’re Coming From: Looking Beyond the Refugee Status