Merdeka graffiti tries to reach out to the kids If you’ve passed by Pasar Seni, you may have seen a new mural depicting Tunku Abdul Rahman as well as other Merdeka founding fathers such as Tun HS Lee, TH Tan, Tun Abdul Razak Hussein and Dr Ismail Abdul Rahman.

It’s not a piece of street art painted out of spontaneous patriotism, although it was painted by various local graffiti artists such as Escape VA, Anokayer, Joanne and Kenzy. The mural was commissioned by 1MalaysiaForYouth (1M4U), the youth spin-off of the government’s 1Malaysia campaign, and devised by the TBWA Group ad agency.

The mural helps to publicise a Twitter account, @TunkuMerdeka, and a hashtag, #RoadToMerdeka. If you follow the account, the tweets are a retelling of the journey to Merdeka from the “live” experiences of Tunku Abdul Rahman. You’ll read the day-to-day accounts from 1954-1957.

It’s an innovative way to bring history to the kids, though with just over 100 followers (at time of writing), the campaign hasn’t had the reach that TBWA hoped for. Another Tunku twitter account @TheTunku, is far more popular, with more than 2,800 followers – and a much more tongue in cheek approach. It just goes to show: nothing is sacred on the internet. 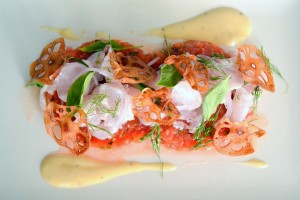 A Fresh Take on Food Business 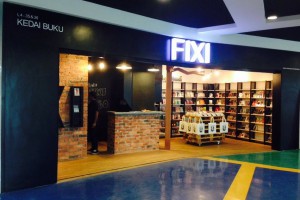