We have photos of this year's Genting venue and there's not a casino in sight. By Poskod

Poskod.MY has confirmed that this year’s Urbanscapes, scheduled for 6 December, will be held at a new venue… in Genting Highlands.

Urbanscapes also announced a few of the acts in its line-up: US bands Local Natives and The Lemonheads, along with local acts OJ Law, Najwa and Ali Aiman. There will also be three satellite shows leading up to the festival, with Scottish band CHVRCHES confirmed for a show on 19 November. We’ve got a first look at the venue photos from the organisers. Held at the Horse Ranch, Resorts World Genting in the highlands, it won’t be at the top of the hill (no casinos in sight). The venue, a former horse ranch, looks rather lush and green. It seems that this year’s festival will really be an urban escape! Since last year’s venue (MAEPS) left festival-goers with caterpillar rashes, there has been much speculation over this year’s venue. In past years, Urbanscapes has been held at different venues – including Padang Astaka and Malaysia Agro Expo Park. In earlier years, it was held at KLPac.

For Urbanscapes 2014, the team has opted for a new venue altogether. More acts will be announced soon. We can’t wait to see what else the team has up their sleeve! 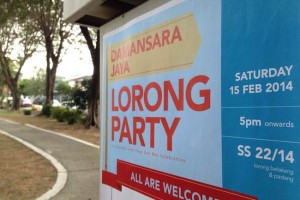