The annual youth festival is back, but this year things are a bit different. By Poskod

Festival Belia is back. This three day youth festival has been an annual event under The Ministry of Youth and Sports Malaysia, but this year things are a bit different: with a varied programme of art, music and workshops, the festival has been re-branded and looks set to attract a bigger and more diverse crowd.

Held on 23 – 25 May, the line-up of entertainment is packed with familiar names. It’s hard to know where to begin: there will be over 60 activities sectioned into four zones. The festival will be held at Persiaran Perdana, Presint 4, Putrajaya and runs from 10am to 10pm over three days.

Music acts scheduled to appear include Froya, The Impatient Sisters, Kyoto Protocol and more. There will also be arts and community activities: a recycling project by Biji-Biji Initiative (pictured), gardening with Eats, Shoots & Roots, an installation by #BetterCities, theatre shows from Kakiseni and a bazaar by Rantai Art. Feeling energetic? Check out the Real Street Showdown Skate Park Competition or take part in the gory Zombie Run.

You can also expect outdoor film screenings such as Mencari Nu-santara, a music documentary about the influences of nusantara music in today’s contemporary music, as well as other local films. Local Vintage Games 2.0 will be bringing in life-sized games such as getah, batu seremban, hop-scotch and bottle caps to bring back a sense of childhood nostalgia.

More attractions include the carnival Jom Heboh, a Young Entrepreneur Lifestyle Valley and a Youth Job fair. In addition to this, there will be a Muslim program featuring spiritual and educational activities by Modal Insan catering to Muslim youth.

Festival Belia 2014 has no admission fee and welcomes individuals of all ages. Public transportation is highly recommended by the organizers as the KLIA Transit train fron KL Sentral stops at Putrajaya Sentral where free shuttle buses will be available to take all festival-goers right to the Festival Belia 2014 site. 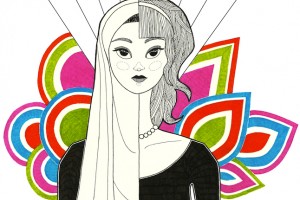