"The thing is, people are waiting for you to fall flat on your face." By Poskod My hometown is Alor Setar. I was there from Kindergarten to Third Form, then I went to boarding school in Seremban and went to the UK for A Levels and university.

I had a very pleasant childhood. Alor Setar is not very big. We lived in a house in a big compound in an area with a lot of civil servants because my mum was in the government service. We were friends with our neighbours and my parents were well known as doctors in the community.

I went to a convent school so I was taught by nuns. I was one of the few Malay girls there. A lot of Malay parents were wary because it was a Catholic school, but it was a very good education and my parents didn’t worry about these sort of things.

There’s always this myth that you grow up with that boys must be smarter than you just because they are guys. So the first thing I learned when I went to a co-educational school in the UK was guys are not necessarily smarter than you. The boys weren’t that smart.

When I went to university to study International Relations, it was a bit of a shock because for the first time they wanted to know my opinion of things. Back then in Malaysia our system was pretty spoon fed – though still better than now I think. But it was a real struggle to find out what it was I thought, what was my opinion on things. It finally made me call into question everything I heard and accepted as the norm. It really, really shook me out of complacency.

When my father joined the government in 1973, that was the same year I went to the UK. In fact I arrived in the UK just a day or two before it was announced. I was away for five years. By the time I came back, my dad was Deputy Prime Minister.

I regard KL as my home now. Alor Setar is my hometown. But my whole family is here now. A lot of my friends are also here.

Home is home. There’s a familiarity and ease you get in your own place. But there are other cities I find energetic and New York is one of those places. It’s a place of possibilities and there are so many interesting things to see and do. I was invited to join the AIDS Council and made Chair of the AIDS Foundation and from there I learned about AIDS. The more I learned, the more I was fascinated. It covers so many different aspects and it was something people didn’t want to talk about or know about.

If I’m passionate about something, I’ll take it on in full and go all out. I had no idea what I was getting myself into when I joined, but I’m very grateful to the Foundation for everything it gave me. I wouldn’t be the person I am today without it.

I read as much as I could, I learned as much as I could. I’m no expert on AIDS or women’s rights but I’m often in situations where I do know a lot more than the other person. That’s the only way to win. Being well known, coming from a prominent family can only go so far. You can’t use it for that long.

I think of party politics like organised religions: once you get in, you can’t get out.

The thing is, people are waiting for you to fall flat on your face. So if I didn’t know what I was talking about or did something wrong then there would be a lot more attention on me than someone unknown. There’s a lot of pressure to be credible, to be knowledgeable, to be convincing.

I don’t believe in being a Jack – or Jill – of All Trades. I don’t think you can take so many things on and be truly effective. You have to be selective. I only take on things I feel I can actually do something about. I don’t want to be a figurehead. This is what people find surprising: I actually do work. If I don’t feel I can contribute, I say no.

I never considered party politics. I don’t particularly like party politics. I think of it like organised religions: once you get in you can’t get out. You’re thought of as an apostate if you don’t agree. I can’t toe party lines. I really much prefer NGOs because you can be non-partisan.

Being non-partisan doesn’t mean you’re neutral – people always confuse neutrality for non-partisanship. I have strong opinions on certain things but I’m not partisan. So if this lot to do the wrong thing I feel I should say something, if the other lot do something wrong, I also feel I should say something. Neutrality means you have no opinion. You are a fence-sitter, which I’m not. I prefer to hold everyone accountable rather than getting on one side and feeling like I cannot criticise.

The government is elected by the people so they have to listen to what people think. That should be their prime focus. On the other hand, our leaders have to lead. You can’t lead from behind. Sometimes leading from the front means that you have to do things that not everybody wants but because you know it’s good.

I think the problem is that often our leaders tend to ignore what people think or only listen to some people and not everyone. Or they dither. That’s not leadership to me.

Read Part 2 of this interview here.

Datin Paduka Marina Mahathir is Chair of the Malaysian AIDS Foundation and daughter of former Prime Minister Tun Mahathir Mohamad. For the last decade, she has written a regular column for The Star titled “Musings”, covering topics such as women’s rights, education, civil society and religion in Malaysia. She is author of 50 Days: Rantings by MM (1997) and Telling It Straight (2012) and blogs at rantingsbymm.blogspot.com. 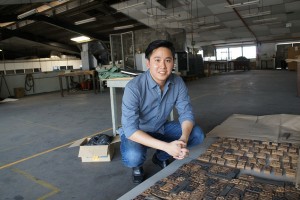 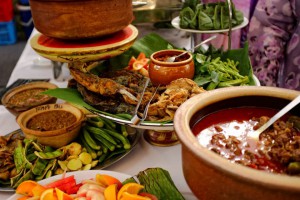 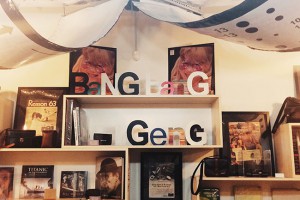 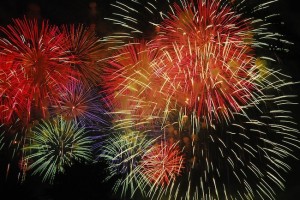