The mass death of marine creatures has Singapore searching for answers. By Kathryn Rao. By Kathryn Rao
Last week, thousands of dead fish of various species were seen on the shore of Pasir Ris in Singapore. NUS Environmental Biology student Sean Yap stumbled across the dead fish and photographed the various species he had found. The photos, which show a shocking mass of dead marine creatures, were soon circulating on Facebook.From rare hollow cheeked stonefish to eels, various types of puffer fish to porcupine fish, swordfish to cuttlefish, the photos give us a fascinating yet tragic insight into the marine life on Singapore’s coast.So what’s behind the mass fish deaths? Agri-Food and Veterinary Authority of Singapore (AVA) has described the likely cause of death to be Harmful Algae Bloom (HAB) and more specifically plankton bloom. According to the blog Wild Shores of Singapore, at approximately the same time last year, 160 tonnes of fish were found dead. But this year, the mortality rate is thought to be higher. The Wild Shores of Singapore blog, written by Ria Tan, explains: “Higher water temperatures allow tiny organisms in the water to reproduce more rapidly. These include algae which consequently ‘bloom’ or rapidly increase in numbers. Like other living organisms, these absorb oxygen. The population explosion thus leads to a rapid reduction in dissolved oxygen in the water.”Dead fish have also been spotted at Changi Point and Raffles Marina. However, authorities have declared fish from local farms safe for consumption. “So far, no marine biotoxin has been detected in any of the fish collected by AVA, whose laboratory tests suggested fish harvested from local farms are safe for consumption,” reported Channel News Asia.This unfortunate occurrence has also affected local fish farmers in the area, who woke up to deaths of their fish overnight. The Agri-Food and Veterinary Authority of Singapore (AVA) advised farmers to take precautions because of elevated plankton levels detected in the East Johor Strait. “I thought I was prepared this year. I even had aerated tanks to save the fish if a few started dying…but it was too late” said fish farmer Timothy Hromatka, 42, who studied marine biology.At this point, it’s not clear how much can be done to stop the mass mortality rate of marine creatures. Around this time last year, Malaysian fishermen and fish farmers along the Johor Straits also experienced a “red tide” of mass fish deaths. While no mass fish deaths have been reported in Malaysia this year, it could just be a matter of time.Update: A BBC report has quoted Dr Lim Po Teen, marine biologist at Universiti Malaya, citing climate change as a partial cause of the plankton bloom. However, Dr Lim also added that the increase in fish farms adds more nutrients to water, which could be encouraging plankton bloom. Several farmers have also cited land redevelopment on the coast as a potential cause.Words by Kathryn Rao. Photos by Sean Yap, Germaine Leng and Sankar Ananthanarayanan.Click on images to expand gallery:

See more photos here. Read this next: 8 things to know about the gender pay gap More from Poskod.MY: Turning mud into gold on the East Coast Check out: Best Hikes in the Klang Valley 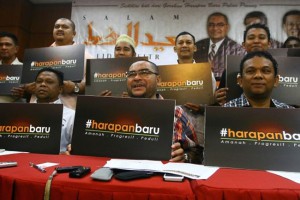 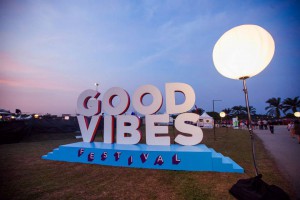 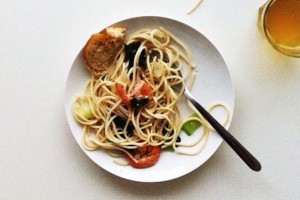