A Drink at Toddy Inn

Navshed Navin visits one of Selangor's only licensed toddy makers. By Poskod For so many of us, our daily lives in the city revolve around the same places: offices, malls and food courts. However, look a little further and you can find very different places to lepak. That’s how I came to visit Toddy Inn – one of Selangor’s only licensed toddy breweries.

This local establishment is about an hour outside of KL in the small town of Banting. Hidden behind trees in what is essentially someone’s backyard is a toddy oasis. It feels like portal to a different time and place where beer is secondary (at best), where chips and dip don’t exist. This is where people come for fresh toddy collected daily from nearby plantations, and for good home-cooked southern Indian food using meats I’d never tasted before.

The place has no official name, nor a signboard or any kind of advertising to lead one there. Even the name “Toddy Inn” is unofficial and used mainly for their WIFI connection. The glaring sun shines through tree tops as I walk into the garden, a clearing among the trees set up with plastic tables and chairs. There are bright flowers around me and also, strangely, dogs barking in cages. I soon find out why.

The place has no official name, nor a signboard.

Run by Mr and Mrs Navaretnasinggam, this establishment has been open for more than 50 years. It is a mixture of things, a somewhat odd mixture of things. Besides being home for the family, Toddy Inn is one of only two licensed toddy makers in Selangor. It also happens to be an orchid farm and a Great Dane breeding kennel.

Toddy is a traditional Indian alcohol made from collecting the sap of coconut flowers, popular across the south Indian states of Tamil Nadu and Kerala. According to Mrs Nava, the tradition was brought to Malaysia with the influx of Indian plantation workers during the British colonial era. Mr Nava owns and manages four coconut plantations in the nearby town of Morib, where the toddy is collected daily and sent to the family home for Mrs Nava to prepare and serve. The cloudy white drink is partly fermented when fresh, and will continue to ferment for the day gaining in strength with every hour. Toddy also does not require any other ingredients in order to begin fermentation, as the sugars naturally ferment yielding alcohol and carbon dioxide in the process.

The business was started in the early 1960’s by Mr. Nava’s father. When Mr. Nava Senior passed away in 1981, his wife Madam Ammani took over while also single handedly raising 11 children. She knew nothing about running the toddy business but quickly gained notoriety in the male dominated industry, and earned the name “Kuala Langat Toddy Queen”. Madam Ammani ran the business until 1991 when she too passed away leaving everything to her son and daughter-in-law, the Mr and Mrs. Nava who run Toddy Inn today. Mrs. Nava remembers her mother-in-law as a formidably capable woman. “She would always tell me; once you go inside the business, take care of your children plus your business. A business is like your child.”

The Toddy Queen had made all her children promise one thing: to never get high on your own supply. She was concerned about them developing a drinking habit which could hinder the business. Mrs. Nava explained that on several occasions Madam Ammani had to rebuy parts of their land after her husband sold it for booze. Due to this request, Mr. Nava has apparently never even tried this traditional brew, while Mrs. Nava only does daily tastings for quality control.

Augustine works for Mr. and Mrs. Nava as a toddy tapper. Originally from India, he has been working with the family for about 15 years. Every morning at the break of dawn, he begins his job of climbing coconut trees to gather the sap that has been slowly collecting into clay pots / earthen jars. The trees have slits in them creating a ladder like pattern. Augustine makes the climb look effortless. He races up the trees with nothing more than traditional tools used to tap and cut the tip of coconut flowers in order to extract the desired sap. He carries the tools in a DIY tool belt made from coconut husks.

The collective sap from the trees are collected by Augustine and other tappers from the clay pots. It’s then strained, and is ready to serve by late morning. Mr. Nava explains that each tree will create its own unique flavor, but is later mixed with toddy from other trees before being sold to customers.

After gathering the toddy from the plantations, Mr. Nava takes it back to Toddy Inn where Mrs. Nava has been preparing the food for the day. Her days begin at 4am with an early morning prayer and yoga session before she moves on to cooking the unique selection of food they offer. Her specialties are wild boar and biawak (iguana / monitor lizard) curry, while they also serve chicken, turkey, and lamb intestines. The meals are typical of classic southern Indian home cooking; served with rice, vegetables, and papadum. When asked if there was a particular reason why she serves unusual meats like biawak, Mrs. Nava replies, “To attract customers… they can’t get it in all places. And if they get also, its not as tasty as they way I cook it seems. Because of the wild boar and the iguana, my business is still going on, I should say lah.”

The biawak meat is white and tender very similar to chicken, but with a chewy bite to the fat and skin. Cooked in a spicy dry curry, it goes down really well with fresh cold toddy poured from a clay pot. Milky, refreshing, and sweet, with a distinct nutty flavor, toddy is best served fresh and cold. After about four hours of natural fermentation, the drink can yield about 14% alcohol. The word on the street is that it also mixes well with Guinness.

The family use to supply toddy to up to ten restaurants and estate shops, but demand has declined since then and they’re now increasingly dependent on business at Toddy Inn. Mrs. Nava is also concerned that people are now more attracted to stronger options, which might slowly diminish a great aspect of a rich culture, on top of being arguably more damaging to health. With the increasing availability of cheap, and sometimes questionable liquor and beer, many aren’t even exposed to toddy at all. It is also difficult for them to expand the business if necessary due to strict government restrictions which limits the amount of toddy that can be tapped and collected.

These days, Toddy Inn draws a good mix of customers ranging from regular locals, to curious “city customers” who come in on weekends and public holidays. Judging by this steady stream of customers, my friends and I are not the only ones who want to spend time away from the usual bars and malls. Hopefully, Toddy Inn will be open for a few more generations to come.

Mrs. Nava is confident that their home-grown toddy industry will survive. “It is a bit slowing down. Not to say that it’s dying. Because as long as we know how to run the business, we can tap, then there are people to come and drink.”

Photos by Syamsul Azhar. This article was written in collaboration with The Side Project. Read this next: Best Whisky Bars in KL 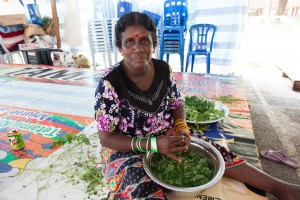 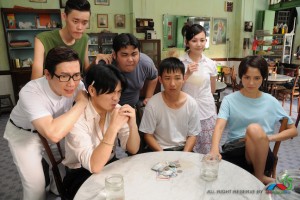 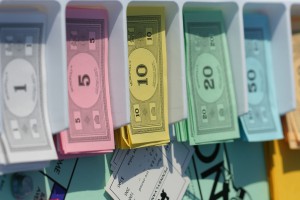