The World of Cosplay

Terence Toh meets the people who dress to express. By Poskod

Most of the time, bubbly fashion student Cheryl Lo is your average girl: fond of shopping, travelling, and going out with her friends.

Every once a month or so, however, she takes on another identity.

“I’ve always been a huge fan of manga and anime, and wearing these costumes allows me to show my love for my favourite characters. Previously, I used to show this love through drawing, through making fan-art of them. Through cosplay, however, I get to actually portray the characters I like,” Lo said.

I recently met up with Lo (or Ying Tze) at COSMART 2013, a cosplay event in Parkamaya, Fahrenheit 88, where she was giving a workshop on costume design.

For a non-cosplayer like me, it feels as if I have stepped into another world. I see a man with pointed ears, a blonde wig, and elaborate sapphire robes walking behind me: next to him are a ninja, and Finn from the cartoon series Adventure Time. A pretty girl with an eyepatch sits at a booth selling wigs of all colours and styles; further away, two men in uniform peddle replica guns and military knives. Some people are playing Dance Dance Revolution: one of them appears to be a man in a dress.

For the uninitiated, cosplay is a performance art in where participants wear costumes and accessories to represent a specific character or idea, often from sources such as manga, anime, comic books, video games, and films.

For some, cosplaying is simply dress up: for others, the art takes on a life of its own.

The term cosplay, a portmanteau of costume and play, was created by Japanese studio Studio Hard director Nobuyuki Takahashi, who was impressed by the costumes of fans he saw at the 1983 World Science Fiction Convention (Worldcon) in Los Angeles.

For some, cosplaying is simply dress up: for others, the art takes on a life of its own, with cosplayers seeking to adopt the affect, mannerisms and body language of the characters they portray. Attention to detail is meticulous: woe betide you if you cosplay your character with the wrong hair colour or the wrong outfit.

Many cosplayers create their own costumes, with some deliberately taking up skills in crafting textiles, sculpture, face paint, fiberglass, or fashion design to portray their favourite characters properly. Good costume crafters tend to be in high demand, and can often be booked all year.

Ying Tze, who originally hails from Tawau, owns over 50 costumes of her favourite characters.

“For me, one of the main things I enjoy about cosplay is the costume making. I enjoy making as much as wearing them. It helps me practice my sewing and improve my tailoring,” she said.

Ying Tze is dressed as Junko Eroshima from the popular anime Dangan Ronpa: Academy of Hope and High School Students of Despair.

“I made this costume for an event in Jakarta where I was invited as a guest cosplayer. It took me about 3-4 days to make. It cost me less than RM50! This particular one was easier to make, because it was based on a school uniform, as compared to dresses,” said Ying Tze, who has been making her own costumes since 2008.

Ying Tze, who originally hails from Tawau, owns over 50 costumes of her favourite characters, including Sheryl Nome from Macross.

She said she was first introduced to cosplay through local magazine Gempak, and started dressing up in 2005.

Ying Tze’s cosplay started to attract attention, however, and last year, she was scouted by a company while helping out at a maid café event. From there, she was invited to become a guest cosplayer at several international events, including AFAID 2013 in Jakarta and the Anime Festival Asia 2013 in Singapore.

Cosplay, she said, had helped her blossom as a person.

“I used to be quite shy and reserved, like an otaku actually. I would just draw and play games at home. But when you get into cosplay, you have to attend events, and talk to people with similar interests. Then you start making friends and make bonds, go to photoshoots together and so on,” Ying Tze said.

“Also, when I became a ‘cosplay star’, I was always invited to share my experiences. So I needed to become more outspoken, and it helped me build my confidence.”

In Malaysia, cosplaying is still mostly viewed as a niche hobby, although it is gradually building up popularity. Various cosplay events are held every year, with the most prestigious being the annual Comic Fiesta.

Ng Yuk Tim, 15, was allegedly murdered by a friend after she met him at his house to work on cosplay outfits.

Recently, however, local cosplay found itself in the limelight for unfortunate reasons, with the tragic murder of student Ng Yuk Tim, 15, who was allegedly murdered by a friend after she met him at his house to work on cosplay outfits.

Film student and cosplayer Jonathan Goon, 24, said the tragedy was an isolated incident in the community, and expressed disappointment that it was portrayed as influenced by anime and cosplay.

“I’m disappointed in how the media has latched on to the whole ‘cosplay’ thing, just because it was an aspect of the incident,” said Goon, who goes by the stage name ‘Dei’.

“If another 15 year old girl was also murdered, and found in a suitcase, but without the whole cosplay thing, it wouldn’t have blown up this much. I hope that this interview helps shine a more positive light on the community as many of us are trying to face a new future where the public might look upon the scene in a different light. We’re all members of a society that’s not so open to outside influences, so breaking the ice has been a long and hard road.”

Goon has been cosplaying since 2005, having been inspired to do so after he visited the Gempak Carnival events that year. He enjoys cosplaying as characters from pop culture, with one of his favorite costumes being French electronic music producers Daft Punk.

He is also involved with the Perth’s Allied Costumers, a non-profit group who dress up in costumes for charity and promotional events.

Asked his opinion on the local cosplay scene, Goon said he felt it needed some work.

“The current trend of newbies joining just for the attention and trying to get famous through cosplay is worrying, along with all the little spats and dramas that can easily be settled through a simple chat. The veteran cosplayers are a great bunch, and I just wish that some of the younger generation would use them as an example of how to behave, and act rationally.” he said.

However, he reaffirmed that one of the best things about being part of the cosplay community were the bonds formed.

“I know of some friends who’ve dropped everything to help out another person who’s rushing their costume for an event, or if you can’t find something you desperately need, someone’s bound to have it on-hand, or will get it for you! A lot of us have forged friendships over the years that are pretty damn amazing,” Goon said.

The three met each other during Animangaki Idol, a singing competition held during the prominent cosplay event Animangaki 2011, and bonded over their love for songs by composer Yuki Kajiura.

“During the event, Leena started singing a (Japanese band) Kalafina song, and I joined in, and Kaoru joined in too! We didn’t even know each other then, but we were all singing together and harmonizing on the spot! And we thought, hey, we have something here!” Alissa said.

The three won the top three prizes at the competition, and one year later, debuted as Harmonia ACG, a vocal group performing Kajiura’s songs. The group has since performed at many cosplay and anime events all around the country, including Penang’s Mini Comic Fiesta, CosplayGo and Comic Fiesta.

“There’s a saying that goes, ‘we cosplay to express, not impress.’”

“Nowadays, cosplay events are a surefire way to get crowds. So a lot of companies have been inviting us for their events. We were even invited by the government to perform at the Hari Wilayah celebrations in Dataran Merdeka last February,” Leena said.

“We never expected to go this far. When we started, we thought we would just be supported by our friends. But now, we realized we have fans, even from other countries!”

Cosplay, they all agreed, had influenced their lives for the better.

“I used to be very introverted before, I didn’t know how to connect with people. But cosplay introduced me to a community I am comfortable with,” Kaoru said.

“There’s a saying that goes, ‘we cosplay to express, not impress,’” Leena said. “Entering cosplay has made me do a lot of things I’ve never done before. It got me out of my comfort zone.”

“A lot of people have this side of them that’s uncomfortable being around with people they’re not close with, but when they cosplay, they get excited because they’re around people who are like them. People who don’t cosplay, they look at us like we’re weird, because they don’t understand. Or maybe, they’re scared to just let go.” 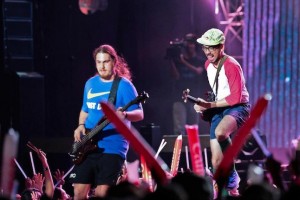 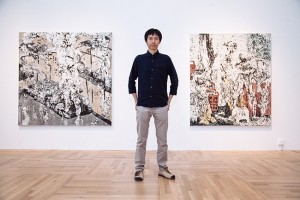