What if wizards wore traditional Malaysian baju? In the Geeky Baju Project, Malaysian illustrator Charis Loke transforms local wear like the baju kurung and punjabi suits into modern apparel inspired by fantasy and gaming worlds. Her designs include references such as The Lord of the Rings, Watchmen, Pacific Rim, The Hunger Games, and the Mass Effect trilogy.

“I started out meaning to design baju that I’d want to wear myself and that celebrated the things I love. The baju aren’t direct representations of costumes and outifts that characters wear in the books or games or films. They’re closer to interpretations of personalities or events,” says Charis.

“Tolkien was a big influence on me while I was growing up. I used to lug the Lord of the Rings tomes to school to read in class when I was 11 years old – Tolkien’s the kind of writer who leaves a lot of the visual details to the reader and artist to imagine,” says Charis. “His Maiar are featured in the Lord of the Rings set. Maiar are spirits and angelic beings in Eä, the universe he created; they include the wizards and Balrogs. There’s a lot more depth to them than what the film adaptations suggest.”

“Tolkien was a big influence on me while I was growing up.”

Charis started drawing aged 14, but continued to be inspired by fantasy worlds through her university years when she played role playing games (RPGs) like Mass Effect and Dragon Age.

“The first question I ask myself is: how do I capture a character’s personality through shape, colour, and texture?”

She gives the example of designing something for Gandalf from Lord of the Rings: “Rather than drawing a grey baju kurung, what else could I do to illustrate Gandalf? One aspect of his character is that he often arrives at his destination in the evening, after sundown. This evoked a feeling of a deep, dark blue sky for me, so I picked those colours for the top layer.”

How do I capture a character’s personality through shape, colour and texture?

“Very early on in the books we’re shown how his fireworks are the subject of admiration by hobbits. Sam’s Lament for him mentions them bursting in stars of blue and green – excellent imagery to pair with the night sky. I worked that subtly into the texture of the fabric, since Gandalf tends to be understated. There are also roll-up tabbed sleeves which reveal a white lining, a hint of things to come.”

“As for the kaiju outfit, one of my Form 1 students helped me design it. I showed her pictures of the kaiju from the film [Pacific Rim]. She said: why not make a hoodie with a monster head? What a great idea.”

Her project weaves baju from our geographical region together with Malaysian female wear. One thing that drove Charis’ project was her consideration of who is and isn’t typically represented in fantasty. “How are different groups of people depicted, if they’re present or visible at all? Have you ever seen someone wearing a baju kurung in a major, mainstream game or film, or a work that’s part of a ‘canon’?”

“While one of the great things about stories is that I don’t need to be of a similar gender or ethnicity or class to empathize with a character and feel like I’m in their shoes, I can’t deny that it would also be nice – and important – to see characters who look like me and my family and friends and students and neighbours in the stories I consume.”

“How are different groups of people depicted, if they’re present or visible at all?”

She quotes one of her greatest inspirations, the writer Junot Díaz, on representation and why content creators like artists and writers need to be aware of it:

Charis feels that a greater variety and more inclusive gaming would be a good thing. “‘That’s the way it is’ or ‘That’s how things have always been done’ are shoddy excuses for trying to keep the status quo, which tends to be biased towards certain groups of people,” she points out.

“Who’s to say that certain groups of people don’t need visibility or representation in the media we consume, that someone else is not enough of a gamer or geek? If you love what you love, you’d want others to come to know it and love it too.”

This project also arose from her desire to see the types of clothes she grew up with combined with stories she loves, as most lack Southeast Asian characters and themes. This has culminated in many interesting questions.

“Someone described the Geeky Baju Project as ‘syariah-compliant cosplay’ to me before, which is a bit odd. Are these baju modest as a result of being based on traditional wear? Are they modest because they’re re-imaginings and reinterpretations, not actual costumes worn by characters?”

“It might be interesting to design Geeky Baju based on characters which are sexualized with no regards to plot or the world of the story they exist in. I’m sure you can think of a few. There’s so much more which I could explore with this project.”

So far, the designs are digital. However, Charis welcomes the idea of making wearable pieces, for her designs to come to life. “If anyone wanted to collaborate on this, I’d be thrilled and more than happy to talk to them! I have no background whatsoever in fashion design or sewing, though.”

As for what’s next, she has a few ideas: “When my schedule frees up a bit, I might try to do designs inspired by Mad Max: Fury Road, Deus Ex: Human Revolution, the Dragon Age games, and maybe even Crimson Peak. The set design in that film is absolutely gorgeous.”

Read this next: Where to Donate Your Second Hand Books in the Klang Valley More from Poskod.MY: 10 Creative Workshops to Get Your Craft On 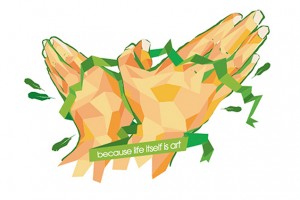