Alia Ali meets the chef who is redefining modern Malaysian dining. By Poskod

Dewakan. No fine dining restaurant has created this much buzz amongst my fellow food enthusiasts in recent memory. A full menu dedicated to celebrating local produce? Our forks have been ready for years.

Dewakan’s name is a portmanteau of “dewa” and “makan”, a fitting tribute to their philosophy of paying tribute to the bounty of the land, food from God. Run out of KDU’s new Utropolis campus in Glenmarie, even getting to its location feels like a mini-pilgrimage. Yet, many of the city’s foodies have been making the journey – earning the restaurant rave reviews.

Sitting through the ten-course menu is an adventure in texture and playful combinations of flavour. As with many great chefs, modern or not, Darren Teoh uses the most effective tool in his shed: memory. Every bite was evocative of my growing up: comforting weeknight dinners at home, celebratory feasts on weekends, even indulgent family vacations. And by instantly connecting using nostalgia, Dewakan got on my good side straight away.

Darren is a chef turned lecturer who now helms the restaurant. His work experience is prolific – including five years in Les Amis (Singapore), staging in Noma and Amador, and lecturing in at least three different Klang Valley colleges, and finally settling into KDU.

Dewakan is Darren’s vision, and KDU provided the opportunity and the space for it to happen. “[KDU] sees this huge gap between industries and entrepreneurship, and education. So one of its core visions is to make that connect,” he tells me.

It’s already unusual enough to have a fine dining restaurant on a college campus. But the restaurant is even more remarkable for its menu: it explores modern Malaysian cuisine when most culinary schools are built on mastering Euro-centric dishes.

As you might expect from a chef of Darren’s reputation, the menu challenges the palate as much as it pleases it. My favourite dishes were the appetizers: the razor clams with jambu air, tenggek burung and cashews. The combination was confusing when first spooned into my mouth, but really grew on me, with all the flavours of a weekend dinner at a Chinese seafood restaurant.

“The clam dish is all mixed up, because that’s what we do, we like to mix our food up. We fry our kway teow, or eat banana leaf – we mix everything up. It’s because what we like as a people, is we like flavors that have balance, and are mixed up!”

Likewise, the forbidden rice porridge was brilliant, especially for its use of pulut hitam as the base (the first time I’ve ever tried it in a savoury application), and the incredibly complex mushroom consommé infused with kitchen scraps.

The mains that followed were very clearly different from the dishes before, as they were very simple compared to the complexity of the appetizers that came before. There’s a restraint that comes across in his food, as Darren explains quite bluntly: “[The] cooking for our chicken? Just roasted. No slow cooking, none of that bullshit. Just pure good honest cooking.”

“The roast chicken is just roasted. No slow cooking, none of that bullshit. Just pure good honest cooking.”

The perfectly roast piece of chicken with a ragout wrapped in daun kaduk reminded me of meals at my grandmother’s, where plates were piled high with simple dishes and ulam freshly picked from the garden. The steamed pomfret was also reminiscent of a dinner at home, complete with ton hou (quenelle), water chestnut (slices), and salted egg yolk (puree). While my dinner companion thought that the greens were a bit too green, I found it extremely refreshing as I grew up eating ulam regularly and am used to the bitter astringency.

The desserts rounded off the meal, taking me from my corner nyonya cafe with the gula melaka marquise to the streets of Jakarta with goreng pisang ice cream and smoked chocolate chantilly. The whole menu was like coming back home after a long holiday to find all your furniture rearranged in a way you never thought would work.

The whole menu was like coming back home after a long holiday to find all your furniture rearranged in a way you never thought would work.

In some ways, the memories evoked in his dishes feel like they go back further than my childhood, or even my mother’s childhood. They are incredibly thoughtful, as if Teoh is playing with history and the future, but very carefully.

“Malay has no cuisine,” he says. “It is an amalgamation of a lot of things. It’s an old people but a young culture. So because there’s so little literature on it, I think that’s an indicator that it’s not important. The Europeans have been writing about food. The Chinese, Indians, Persians, Sumerians, Egyptians, Jewish. You have all this literature that’s been written because in their culture, food is the main thing. But if you look at Malaysian historical references, you don’t really find that.”

“When Islam came in, there was a lot more restrictions in terms of meats. So I believe that prior to this, a lot of the meat – [was] game. Hang Tuah would just walk into the jungle and kill something and walk out. What kind of oil did you think people used to fry cekodok? Where would they have got that oil? How much of oil would they have got? Cekodok is a very Malay thing. But who taught them to cook in deep fry oil? So it has to be post-colonial. What the hell were we eating before that?”

Darren’s approach to food is rooted in anthropology, while he is stringent in sourcing local ingredients. While I am excited at the possibility that a place like Dewakan would help Malaysian restaurants hone a more locavore sensibility, Darren isn’t optimistic. “I’m not too hopeful because Malaysians tend to be very trend oriented. And all this buzz that’s flying around the restaurant now will die in a few months’ time. My concern has never been about getting media in. We don’t want to create that kind of hype.”

“Malaysians tend to be very trend oriented. We don’t want to create that kind of hype.”

Accessibility to local ingredients is also an issue. “Half the things we have here, we struggle every other day to get these ingredients. Some of our ingredients, like our razor clams – we’ve just run out and we have to switch to something else now. It’s not accessible.” While it would be easy to simply pick up the phone and call in for frozen razor clams from China, that would miss the whole point of the restaurant’s sensibility.

“It’s more than challenging. But who knows. We’ve inspired a few people in the short time we’ve been here. I’ve been doing local produce for about four to five years now. There are people who see the potential in it and some people don’t. This restaurant is the perfect framework because you know you come here with the expectation of the use of local produce. You don’t come here and expect like foie gras or something like that.”

Darren ends by teasing about two new menus he’s working on, one being a plant-based menu (which is delighting the Malay herbivore in me to no end), and the other a full dessert menu. If his menu now is anything to go by, I’ll be there with everyone else, with our forks ready.

Read this next: The Food Detective: A Burmese Food Trail 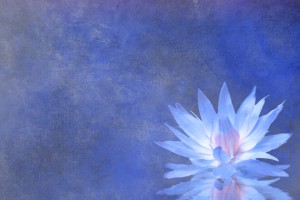 What To Do: Guan Yin Pusa 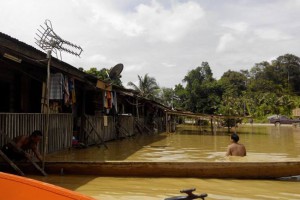 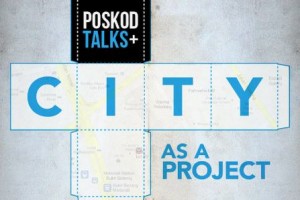