The annual Sundance Film Festival in Park City, Utah is the largest independent film festival in the United States. Almost every filmmaker dreams of making it there. Fortunately for our very own Paul Gan, he had just that shot after bagging the grand prize with his short film The Boy Who Rocked the World in the Astro Sundance Short Film Competition in 2014.

Malacca-born Paul Gan’s exposure to the world of films began at a young age, when his father used to take him to the cinemas to watch movies. “I’ve always been fascinated with films as a kid,” Paul said. “It was the entire experience, how movies can mesmerise you and completely immerse you in their storyline.”

On top of that, Paul was equally fascinated by the cinema. He spent most of his childhood visualising and sketching out his versions of the cinema interior, besides designing movie posters. Among the films that moved him include Lion King and Kongo, and later on, The Matrix trilogy. “I was amazed at how impactful Matrix was – it was entertaining and adrenalin-pumping, but at the same time it was philosophical,” Paul explained.

Even though he has always been a big fan of movies, his initial plan was not to go into filmmaking. Instead, he wanted to become an actor but eventually decided against it. “I realised that in Malaysia, it is not so much about how good of an actor you are. If you don’t get a good role, you won’t go far in the industry,” Paul said. Regardless, he still does acting jobs for commercials and does not discount the possibility that he might switch roles between director and actor at some point in the future.

When asked about the inspiration behind The Boy Who Rocked the World, Paul said that the film was a product of his personal experiences growing up as well as his principle when it comes to filmmaking, which is to tell a simple and honest story that people can relate to. The movie revolves around Aiman, a poor boy who deals with bullying by his peers and abuse by his parents.

In order to escape the pain that he experiences on a daily basis, Aiman turns to music and often finds himself lost in his daydreams of becoming a musician one day. At the end of the film, we find that music was not only an escape, but also a way for him to grieve over the loss of his musician brother, who died in a car accident.

“I too, grew up having to deal with bullies,” Paul reminisced, “and I did not come from a financially able background too. So it’s a pretty personal story as well.” Besides injecting a piece of his past into the film, Paul also wanted to bring light into stories and lives which we may have forgotten about.

“I wanted to remind people that hey – these people still exist around us; those who are struggling with poverty and working day in, day out just to survive through the day. And they too, have their own ways of dealing with their sufferings and have their own dreams to achieve.” In other words, he wanted to use this film to represent the neglected and forgotten.

Paul, however, did not expect the film to do as well as it did. “I’ve never really won anything before this film, I usually ended up in either second place or even no placing at all.” Things took a huge turn when The Boy Who Rocked the World won Best Cinematography, Best Set Design, and Best Sound Design at BMW Shorties Malaysia 2013; Best Young Filmmaker, Best Media and Experimental, Best Editing, Best Short Film at Malaysia Digital Film Awards 2013 and Grand Prize winner at Astro Sundance Short Film Contest 2014.

Besides the intricate storyline, which was noted and mentioned by the judges for Sundance, Paul also employed an extensive usage of symbolism. He believes it was a useful tool in filmmaking. “It is great way of telling a deeper side of the story,” he exclaimed. “Besides unveiling a deeper truth, it can also make people think and reflect. That’s the beauty of it.”

When it comes to the short film scene in Malaysia, Paul admits that there is generally a lack of avenue for filmmakers to showcase their work (as opposed to feature films). “Of course there is always Youtube, but filmmakers will risk commercialising their work instead.” Regardless, the scene is definitely growing and improving, according to him. “A lot has been done to improve the situation under the new head of FINAS, Kamil Othman, which is excellent for the industry.”

One of the platforms available for short films now include Kelab Seni Malaysia’s weekly film screening at Content Pitching Center where people can go and watch short films for free. On top of that, Paul also believes that there should be a better and more effective film distribution system in Malaysia. Through this, our local filmmakers would have wider opportunities to join international festivals as well as competitions.

At Sundance Film Festival, Paul had the chance to get a completely different experience. “Appreciation for films is much larger there,” he explained. “People would queue up really early to catch the films, and they are mostly really vocal about their thoughts on the films.” Besides that, Paul added one interesting observation that he made at Sundance. “I realised that the stories and content in the US film industry are getting pretty stagnant at the moment. Our industry, on the other hand, is on the opposite spectrum. We are lucky because we have so much to tell, our stories have more variety and flavours, which means we have a lot of potential to go far.”

Having said that, Paul did not dismiss the fact that there are things which need improvement, like scripting and narrative. “The reason why movies produced in the US could do so well is because they can effectively deliver a simple story. We, however, like to tell grandmother stories and this could affect the impact of the message that we are trying to convey.”

At the moment, Paul is working on his next short film – a true story about a mute family. “There will be no visual effects this time,” he smiled. On top of that, he was also chosen by Astro Shaw to participate in a programme called Shortcuts Storytelling Workshop, where he and a select few will be mentored on the art of filmmaking and directing under the guidance of notable filmmakers across Southeast Asia.

“Are you planning to make a full-length feature film?” I asked, curious as to whether it was already in the works. “This is a question I never fail to get asked by interviewers!” He laughed. “But one day I definitely will, it is one of my long-term plans. I see my short films as a practice for me to refine my skills for my future full-length film. Once I’m ready, I’ll definitely do it.”

“And plus, the budget is way bigger. That’s another headache altogether,” he continued as he shook his head.

But that’s alright. With all the awards that Paul has won on a simple yet touching four-minute story, who is to say that you can only go far with full-length films? Like he said, sometimes the key lies in simply telling a plain and honest story.

Paul Gan has a video and filmmaking company called Tiny Rex Productions. To find out more about him, click here. Winners of the 2016 Sundance Channel Short Film Contest will be announced on 11 December 2015.

Read this next: Polis Evo – How a Malaysian Cop Movie Won the Box Office and Audience’s Hearts 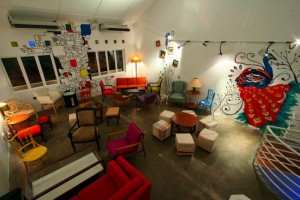 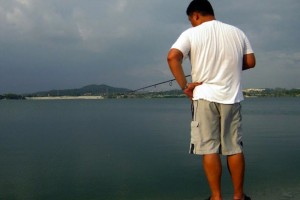 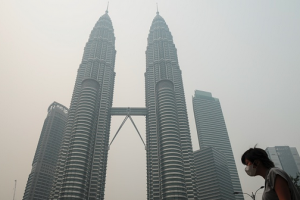 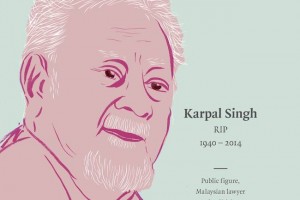