Liyana Dizzy sees how far her money can stretch at Masjid India Bazaar. By Poskod

Haven’t done your Raya shopping yet and already feeling the financial pinch? Then keep reading, and we’ll try to get you ready for Raya in tough times.

When we first asked family and friends how far we could get shopping with RM50, initial reactions were skeptical— after all, cost of living here is famously on the rise. Malaysia’s annual inflation rate hit 3.2% last December and may even hit a seven-year high of 3.3% next year. With GST implementation fast closing in, spending for special occasions may be the first cut back for many Malaysians.

However, the festivities must go on, and one thing kept popping up in conversation: if you only have fifty ringgit to spare, go to Masjid India. Anyone who’s been in Kuala Lumpur for even a year will tell you Masjid India and Jalan Tunku Abdul Rahman are your best bets for cheap Raya shopping.

So that’s just where we went. We stepped off Masjid Jamek LRT with shallow pockets and walked from Bazar Masjid India to Sogo to look at the hundreds of stalls that mushroom up in the area during Ramadan. Here’s what we learned:

You don’t really do the same walk two years in a row.

“It’s like a lucky draw from a thousand vendors,” he says. Rosli has been here seven Ramadans in a row. “Well, except last year. I didn’t get it last year. I opened a shop in pasar pagi and pasar malam around KL instead. Life has to go on. But I’m back now.”

With over a thousand vendors bidding for random lots every year, the vendor landscape is likely to vary from one year to the next. So if you thought you’ve ‘done’ this walk last year or the year before, you might be surprised this year.

We also recommend taking down the contact of the vendors you do like so you can find them again— most of them lack shop names, signages, and business cards.

To get the most out of your money, accessorise.

RM50 is certainly enough to bring plenty of sparkle to any baju Raya you have (new or old). Almost immediately after alighting from Masjid Jamek LRT we encountered a cute brown bag that looked more expensive than its price.

Shoe offerings in Masjid India surprised us with their comfort and quality, once we realised the real bargains were hiding just out of sight. We noticed shiny ballet flats for less than RM20, tucked indoors for the observant leisurely shopper.

Outside, the same shop also sold RM7 rubber flats— perfect for morning prayers on the first day of Raya, and for anyone concerned about shoe thieves or muddy urban festivals. With a bit of number-crunching, it’s entirely possible to get a handbag, pair of flats, and accessories for her baju kebaya or her wrists for less than RM50 and still have some change to spare.

Men are a little less lucky, perhaps foregoing a quality accessory or two. It didn’t seem likely to get a songkok, baju Melayu pins, samping, and sandals with just RM50. Most sampings were well-made and already hitting the RM50 mark. A good pair of low-heel chapal sandals were at least RM45.

However, men do benefit from the cutest accessory trend we spotted at the bazaar: matching father-son outfits. There were a few family options, but father-son outfits were the most common; a pair however, cost more than RM50.

You can find good baju raya for RM50— but you’ll probably only get one.

What are the baju Raya options like for RM50? The good news for women is that there are in fact several RM50 baju kurungs and jubahs on our walk. The cheaper priced ones, we feel, are only apparent towards the end of Bazar Masjid India.

Just don’t expect anything too embroidered or bedazzled for that price, if at all.

But if you’re looking for modest cotton baju kurungs with lots of little print— reminiscent of actress Sharifah Amani’s regular outfits in any Yasmin Ahmad movie— Bazaar Masjid India and Jalan TAR will have you sorted. If you already have a top or a bottom, finding something to pair it with here for under RM50 can be a fun and rewarding challenge— you’ll definitely have money for accessories too.

We couldn’t find a complete baju Melayu set for anything short of RM80. So men, don’t expect a RM50 note to solve your last minute raya shopping blues if you don’t have an outfit to begin with. But we did notice some baju Melayu for RM40 in the indoor TAR bazaar opposite G.S. Gill.

Several of the bazaar traders are only operational during Ramadan, so they’re likely to be generous on discounts when you buy from them in bulk. We noticed a few baju kurungs not priced at RM50 individually, but two or three from the same vendor would cost a total of RM100.

There’s also the cliche of safety in numbers. The only search result we could find on Google for The Lorong TAR Business and Petty Traders Association yielded a Safety Bureau Committee member warning bazaar visitors to be mindful of pickpockets and snatch thieves. Also, we noticed a few incidents of sexist behaviour from one or two traders, who would catcall and eyeball female shoppers in the same breath as hoping for business.

That aside, the festive environment in the whole area is undeniable. Although the ratio of food to fashion was skewed heavily to fashion, the few food stalls between Masjid India and Jalan TAR had very tempting and popular buka puasa options. It’d be a shame, we thought, to experience this long and colorful walk without at least one person we’d like to celebrate Raya with.

For a better bargain, explore the long-term residents.

With Ramadan vendors conquering city sidewalks all over KL, regular long-timers selling fabric and fashion may be harder to spot. Look past the tents covering their signage and walk inside! There’s usually a bit of air-conditioning to cool you down, their best Raya offerings are on prominent display, and their neon shock bubble price labels might in fact actually be shockingly affordable compared to the seasonal vendors outside.

If you want even lower prices, check out Kenanga Wholesale City.

A few of the traders we spoke to had no issues telling us their merchandise came from Kenanga Wholesale City (or KWC Fashion Mall), 4km away on Jalan Gelugor.

With over 800 shops, finding something you love can be an intimidating, time-consuming task—a task which some vendors here have already done for you. If you’ve done the walk from Bazaar Masjid India into Jalan TAR and Sogo and emerged hesitant, it seems hard to believe combing nine fluorescent floors will have the same outcome.

But for us, we’ll choose this brief walk and its smells, sights and sounds. Maybe going a few ringgit over budget can be excused, if it means finding the Raya look that’s got you covered for all the open houses in the month ahead! 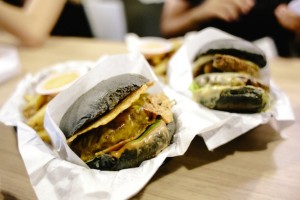 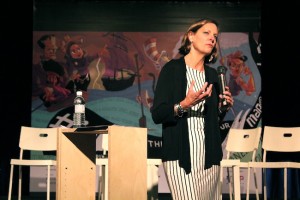 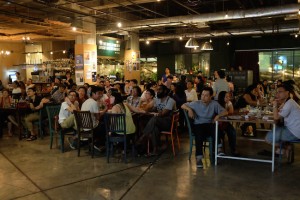