Indian films are keeping KL's oldest cinemas open. But for how much longer? Surekha Ragavan reports. By Poskod

Faded and brittle, the Coliseum theatre still stands. KL’s first cinema – set up in 1920 – is a timeworn testament to our Malaysian love of movies. Decades ago, watching a film in Coliseum was a special occasion. It was a treat for those with the luxury of a 50 cent movie ticket, a stolen pleasure for those who snuck in to watch. Cinema-goers would munch on kuaci at the concession stand or chatter loudly in the lobby before heading inside the theatre for a movie.

Fast forward to present day, independent cinemas like these are a dying kind in our city. Most flock to shopping malls for their movie fix, and smaller scale cineplexes like Coliseum survive by depending on mostly Indian audiences.

“Only the Indian people like the old trend,” says Gopal, programming manager at Lotus Five Star Cinemas (LFS). “The Chinese and the Malays are not coming in. They prefer to go to the big chains.” LFS is a film distributor and exhibitor that buys the royalties to screen a large number of Tamil Indian films that screen in Malaysia. The company currently leases The Coliseum.

LFS started managing The Coliseum in 2012, after a long run by the late Dr. Chua Seong Siew. Dr Chua was the nephew of the original cinema founder. In 2006, Chua successfully appealed to keep the cinema open in the face of the government’s proposal to turn the building into a heritage centre. He was successful. However, he only lived to see the cinema open for another year, passing away in 2007.

Due to the competition from the influx of large cinema chains like Golden Screen Cinemas (GSC) and Tanjong Golden Village (TGV) in the last couple of decades, LFS has had to scale down the number of English and Malay-language films screened at their cinemas. Among their 25 cinemas nationwide, ten of them exclusively screen Tamil films. The most recognisable of these cinemas are Coliseum, State Cineplex PJ and Sentul Cineplex.

Despite the established history of Indian cinemas, do they make enough sales to stay profitable?

Coliseum is the oldest of the three and spans a history few other buildings in KL can boast. State Cineplex PJ was first built about 40 years ago, but was being used as a church before LFS leased it. Sentul Cineplex has been around for about 30 years. While Coliseum prominently caters to the Indian nationals who live or work in the Jalan Tunku Adbul Rahman area, the other two cinemas see more families from the surrounding neighbourhoods.

Despite the established history of Indian cinemas, do they make enough sales to stay profitable? According to Gopal, every movie is a gamble; some make profits while others make losses. It all depends on one thing – star quality. “We grade the movies according to grade A, B or C,” Gopal says. “Grade A is Kamal Haasan, Rajinikanth or Surya – the blockbusters. Movies with Vishal or Prabhu go under Grade B. The small stars are just fillers, sometimes we drop the films in just one week.” Aside from ultra-famous Indian actors, Malaysian cinema-goers also tend to gravitate towards comedy and romance movies, or more simply, the masala genre. “They go to the cinema for entertainment,” Gopal justifies. The prices of film royalties depend on the grades they fall under – a potential chartbuster might cost LFS up to a couple of million to acquire.

As film technology advances, standalone cinemas work hard to play catch up. Formerly, Coliseum utilised a 35mm film projector with carbon arc lamps but to keep up with the times, it’s now using a 2D digital projector. The old projectors – some of which are valued at RM100k – go to scrap. “Film is bulky. And you have to think about storage,” says Gopal, who also used to work at a projectionist in the late ’70s.

Under the management of LFS, Coliseum underwent an interior makeover over two years ago. The 800-seater single-screen theatre was split into two screens to accommodate simultaneous showings of different films, new slope-style chairs were fitted in for more comfortable viewing, and the canteen ditched kuaci for popcorn.

But renovating within the walls of a building as fragile as Coliseum was no easy task. “The structure is quite weak. So if you want to hack the wall, it might affect the outside,” says Mohd Shah, the LFS project manager who oversaw the Coliseum renovations. The job took about four months and a total of about RM2 million. “Now Coliseum is officially declared a heritage building so nobody can touch it,” he adds.

New slope-style chairs were fitted in for more comfortable viewing, and the canteen ditched kuaci for popcorn.

Despite this, the cinemas are not treated with the care that Mohd Shah would wish. Sometimes, unruly movie-goers tear out seats with their car keys and vandalise bathrooms. “They group up with a gang and consume a lot of alcohol; they get overexcited,” Mohd Shah says. “During the song breaks, they go to the toilet and smoke.” The problem arises especially during blockbuster screenings. But apparently, things are improving. “It’s getting better. Out of 10 movies, we used to get 10 incidents of vandalism. Nowadays, it’s only two or three movies out of ten,” he says. Demand for Tamil language movies can be high – sometimes even exceeding the capacity of the cinemas. Before online ticketing systems were implemented by LFS, Deepavali periods proved tough for audiences to score tickets. Amidst all the hankering to watch a good Kamal Haasan film, a black market thrived. “There were a bunch of thugs and when they knew a big movie is coming out, they would get about five people in the team and they would say ‘okay you buy 100, you buy 100’,” says Gopal. “Sometimes they would sell RM8 tickets for RM15 or RM16,” he says.

“For the ambiance, nothing beats an Indian crowd.”

Despite the occasional case of disorderly behavior, standalone cinemas are favoured over large cinema chains for their festive atmosphere. M.S. Prem Nath, a Malaysian filmmaker and film editor, recalls fondly of the jeers and cheers during a 2005 screening of Chandramukhi, a Rajinikanth blockbuster that was a hit at the box office. “It was really packed and people were cheering and shouting,” he says. “As a filmmaker, I’d rather watch a Tamil film in GSC or TGV because of the sound system. But for the ambiance, nothing beats an Indian crowd.” The experience can be compared to that of cinemas in India, both north and south. It’s likely you’ll see audiences clapping, laughing and wolf-whistling, or in the case of a Hrithik Roshan appearance, dancing. But there are limits, even in this atmosphere. “You know when some people purposely make comments during the movie? That’s irritating la,” Prem laughs. Still, the Indian cinema experience is certainly evocative of older times, when going to the cinema was itself a spectacle.

After all the noise they have helped to create, will standalone Indian cinemas eventually die a quiet death? Prem certainly hopes not. “If there were no more standalone cinemas, it will affect the local Tamil movie industry,” he says. “Because we use them to judge how many people are going in to see Tamil movies.” A small number of local Tamil films get released into cinemas by way of the wajib tayang (compulsory screening) policy implemented by Perbadanan Kemajuan Filem Nasional Malaysia (FINAS). Every cinema distributor in the country is obligated to screen local films to fulfill a weekly quota, and LFS supports fledgling local Tamil films this way.

As well as supporting the Tamil film industry, LFS can also be seen as a life-line for the buildings. While many Malaysians may never step foot into an Indian cinema, it is thanks to these independent businesses that long-standing cinema buildings are still operating. Without Tamil movie-goers to support the maintenance of the Coliseum, who knows what would become of the heritage building?

But these cinemas are a flicker among the modern might of the cineplexes. If we can’t predict their curtains just yet, the number of small, standalone cinemas will flatline at best. “For future markets, no one is going to open another standalone cinema,” says Gopal. “There will be large cineplexes everywhere. Who knows how many shopping malls will come in with 20 screens and all that?” 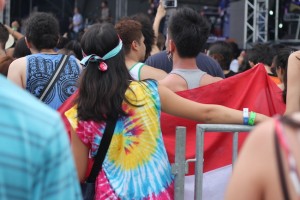 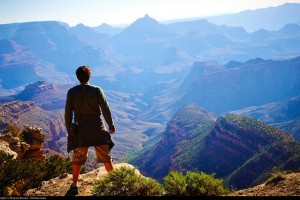 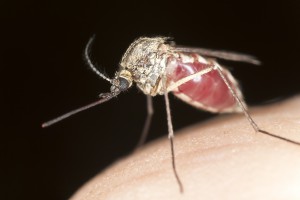