Lyn Ong reviews a dance adapted for a shopping mall. By Lyn Ong

Butoh is a form of dance theatre that has been around for more than half a century in Japan. Usually defined aesthetically by all-white body makeup and hyper-controlled motions, it is still somewhat of a curiosity and rarity when performed in Malaysia.

By adapting Kuo Pao Kun’s The Coffin Is Too Big For The Hole for the Nyoba Kan International Butoh Fest 2015, artistic director Lee Swee Keong’s vision for the performance took on a slightly surreal and distorted quality on a classic script.

It was a site-specific performance alternating between five different locations in Publika. This also marked a collaboration between local and international artists of various disciplines comprising dancers, installation artists, lighting designers, musicians and more.

Starting at the Boulevard, audience members congregate around several large, swaying white cloth panels which were installed to the ceiling. As we hung around waiting for the show to start, people started noticing a masked figure sitting on a chair within the panels.

The figure got up from the chair soundlessly. It peered through the sheets and sat back down. Has the show started? We were unsure. While we were mulling over this, loud music started to play and a lady in black slip dress moved to the front.

Just like that, the Prologue for the performance started. At the end of the introduction, we were divided into two groups with each group experiencing the remainder of the show in a slightly different sequence.

As the show progressed from location to location, the overall dynamics quickly felt fragmented. The narrative was not strong enough to hold all the pieces together as one performance. I felt like I was watching separate, unrelated snippets instead.

The titular piece The Coffin Is Too Big for The Hole at the Balcony seems most out of place. Set in a small room, this piece incorporated elements of Chinese opera theatrics and occasionally switches from English to Hokkien dialect with no subtitles to help the audience’s understanding along. The use of repetition in dialogue was also on the verge of becoming monotonous.

I felt that the underlying context of Kuo Pao Kun’s play became lost in the mixture of butoh performance, video and light art, installations and Chinese opera scattered throughout. The loose flow (with the split audience also seeing different scenes at different times) felt jarring to the narrative and the long walk through the bustling mall hampers any emotional connection the audience might have develop within each piece.

However, as much as it did not work for me as a collective performance, the pieces were individually intriguing. Kiea Kuan Nam as the sole butoh dancer performed entrancingly in The Chair. Nearly naked and covered in white make up, he became a blank slate projecting every contortion of his body over a chair in an almost agonizing manner.

Mimi Jeong was also mesmerizing to watch at Black Box. Her disjointed dance movements were accompanied by the energetic beating of drums by Orang Orang Drum Theatre. Foo Chiwei as the protagonist and Tan Zi Hao as a coffin salesman provided good, comedic relief during their banter in the titular piece too.

After the end of the piece in Black Box. The audience was encouraged to approach the staging area and interact with the displays and equipment used during the show. Many took the opportunity to try and recreate the sounds that Goh Lee Kwang produced for that segment.

Due to the disruptive nature of this performance, The Coffin Is Too Big For The Hole ended up not filling its own shoes by trying far too much at once and collectively fell short as a tangible narrative. Breaking out of the monotony of a theatre space and taking it to a public arena will undoubtedly be a subversive experience for most. It is a tricky area to manoeuvre and Nyoba Kan should be at least lauded for attempting to do so. 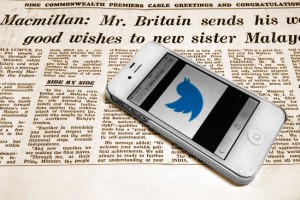 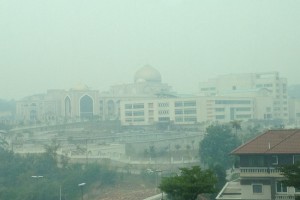 Seven things to know about the haze

What To Do: ArtForLife presents Are We Lost?