Review: Angels In America Part One

Lyn Ong reviews a play about homosexuality in the Reagan era. By Lyn Ong

A melodic chime filled with hallowed beats as a figure in a dark coat and hat slowly hobbled onto a stand. The Rabbi took his place on the podium, ready to deliver a sermon at a funeral.

We sat back in anticipation as the Malaysian debut of Tony Kushner’s Pulitzer Prize-winning epic, Angels In America: Part One – Millennium Approaches.

Developed as a two part play, Angels In America is critically-acclaimed and has won multiple awards, including being made into a HBO miniseries. The Malaysian version was presented by theatrethreesixty and helmed by director Christopher Ling.

Featuring a stellar cast of notable actors, the show was performed at Black Box, DPAC from 8 – 17 August and ended its run with sell out shows.

With American politics and homosexuality as its central theme, Angels In America is decidedly far from being vapid. Audiences are forewarned that this 180 minute long play is not for those with closed minds and narrowed ideologies as strong language and “mature” scenes featured prominently throughout.

At the epicentre of the story are two couples – Prior and Louis (played by Dominic Lucien Luk and Jon Chew), a homosexual pair, one of whom has AIDS and another couple, Harper and Joe (played by Belinda Hon and Tan Meng Kheng), a Valium-popping Mormon housewife and her husband who is a closeted gay lawyer. Neurotic, insecure and pressured, they struggle with love, betrayal and self identity within the changing social-political landscape of the Reagan era.

Qahar Aqilah remains much in the limelight as he delivers his lines confidently as the arrogantly aggressive Roy Cohn. The character is based on the actual figure of Roy Cohn, a high-powered lawyer who also has AIDS. As a man living in denial of the ravaging disease while trying to maintain a foothold on his reputation, he is foul-mouthed and deeply entrenched in his own self importance. “Homosexuals are men who know nobody and who nobody knows, who have zero clout,” he says.

That underlying statement is a strong nod to the oppression faced by the gay community during the Reagan era. The play circumvents throughout the thematic widespread denial and misconception that those who have AIDS are only either homosexuals or drug addicts, relegated to the lowest rungs of society and rejected by all.

Kusher’s brilliance as a playwright shines through his deft handling of such idiosyncratic characters, allowing each their own moment of reflective thought. Whether it be the lofty ambitions of Roy Cohn or the wishful hopes of Harper, they are ultimately unequivocally human in their fears of loneliness and death. Flitting between the realms of reality and fantasy, we are afforded a glimpse into the inner sanctum of the characters minds.

While it might feel a bit tedious to sit through three hours of any theatrical performance, there was respite from the weightier moments as Angels In America was punctuated throughout by exchanges of humour. One of the parts which drew about a round of raucous laughter from the audience was when Harper’s outlandish hallucinations crossed over with Prior’s delirious dreams. “I’m a Mormon,” Harper proclaims which draws an immediate retort from Prior, “I’m a homosexual”!

Keeping focus on the actors and their lines, the stage was set in a way which allows the actors a seamless switch between scenes while reducing the need for quick shuffling of sets by stagehands in between scenes. Spotlights were used to separate each “location” for the scenes and direct the audience attentions across the expansive set.

It was refreshing to see that Malaysian theatre seems to be taking a less conservative approach when dealing with scenes deemed sexual or even taboo by local standards. Where once sexual acts were almost always depicted metaphorically, sometimes perfunctorily and left to one’s imagination, it is now more direct. The intimacy and dependency shared by Louis and Prior came across well with the amount of physical contact between the two actors. However, it’s clear that some taboos have not been broken yet: a brief kissing scene between them elicited gasps from some members of the audience.

That being said, the numerous references in the script alluding to the Reagan era might be hard for some to get a good grasp on if one was unfamiliar with that arena of American politics. Moreover, sometimes the American accents didn’t quite work and were distracting, bringing one out of the play.

Nonetheless, theatrethreesixty has definitely broken new grounds with their charged performance of Angels In America and the crew and cast should be lauded for their efforts. We can only eagerlyanticipate Part Two – Perestroika – and hope that it will set the bar for Malaysian theatre even higher. 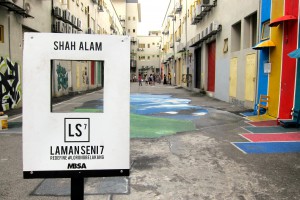 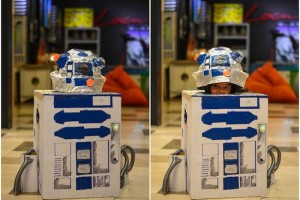 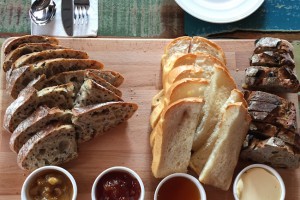 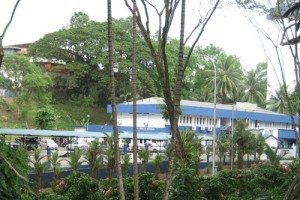