Photographs live beyond the frame at this festival. Ling Low reports. By Poskod

After a successful inaugural edition last year, Obscura Festival is returns this month as part of George Town Festival. This photography festival is by no means a fringe event, however: it’s one of the highlights. Running until the end of August, there are 14 exhibition in various venues, as well as ten talks, five masterclasses and more.

It’s a varied line-up, with no particular unifying theme except that many of the works originate in Asia. However, one common thread among the exhibitions is their striking personality. Looking at these images, you can sense the connections forged between the photographer and the subject. At Obscura, you won’t find detached landscape vistas or the vacant faces of wrinkled, exoticised Others.

Instead, the exhibitions are carefully considered as personal views within global visions, where objectivity is impossible and context is all. This is what makes the photographs so memorable: from the visceral shadows of Patrick Brown’s Trading to Extinction, to the familiar-yet-strange faces of Jacob Aue Sobol’s Arrivals and Departures, to the heartbreak of Fatemeh Behboudi’s Mothers of Patience.

The festival itself is a chance to develop not just photographs, but relationships. Obscura has invited international photographers to run masterclasses, including the Pulitzer Prize winner Maggie Steber (USA) and Ian Teh (UK). Tokyo-based Yumi Goto was guest curator for a selection of exhibitions: the Asian Women Photographers’ Showcase and a Japanese Photography Showcase.

“We’re gonna be an ASEAN block really soon. Unlike Europe, which has a history of working together, we don’t have that. Even in Europe, the less economically powerful countries lag behind. Within our region there’s so much discord, both across the border and within your own territory,” says Vignes.

“Now we’re opening up, are we ready for it? Projects like this offer the chance for discourse. That’s the heart and core of the festival.”

Interview by Ling Low. Photos courtesy of Obscura Festival and copyright of the photographers. 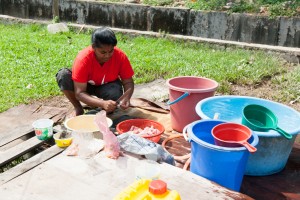 Down and Out in Dengkil 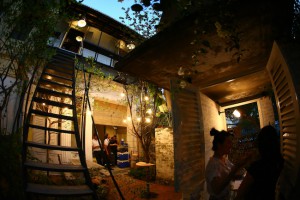 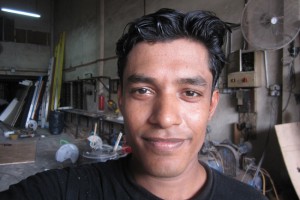