Identity and existentialism are strong themes running throughout Diana Lui’s photographs. One of the many acclaimed photographers participating in this year’s Obscura Festival, Lui is Malaysian-born but has been based in Paris for the last 17 years.

Lui’s series The Essential Veil will be on display at The Press during Obscura Festival from 14 – 31 August. These black and white photographs feature different Moroccan women. Yet all project an aura of strength and solitary calmness. Some are stark in their simplicity and plain garb, yet others regal looking with the women poised and doll-like in their wedding refinery.

Uprooted and sent abroad to study by her parents when she was 14, Lui’s questions on self, identity and the transient, nomadic nature of individuals played an important part in shaping many of her works. She was captivated by the representation of a veil, what it means culturally and socially to the Moroccan society.

“It was also a time when the hijab and the burqa was very controversial in France. So of course I was extra aware of the women being veiled.”

Lui was also inspired by the obsessional photographic work on veiled women in Morocco by French psychiatrist Gaëtan Gatian de Clérambault. It was through her artist residency in Morocco with the French Institute that she first created this series.

“It was also a time when the hijab and the burqa was very controversial in France. So of course I was extra aware of the women being veiled. But at the same time I felt very at home in Morocco because it was a bit like me when I was in Malaysia, like before when people were wearing their tudungs,” she explains.

Several of the veiled garments were wedding outfits, resplendent in their fine embroidery. “I was fascinated by their wedding costumes because it was so elaborate. The woman, she can’t move. She actually becomes a decorative piece. They become a very symbolic, metaphoric representation.”

“Some of the women actually have certain form of power,” continues Lui, “but they don’t exert it openly, they exert it behind their husbands”. Attempting to convey that form of power, it shines through the photographs as it shows each woman being in control of her own presence.

“Can I get to the essence of the woman with her being all fully covered? That would be interesting to try,” explains Lui.

The Essential Veil eventually led to Lui continuing the series in Tunisia and then Malaysia, with the project evolving in each country. As well as exhibiting The Essential Veil, Lui will also exhibit her Malaysian series, Totem, as part of the George Town Festival. Totem will be on display at The Space @ 216 Beach Street until the end of August whereby it will then be shown at Alliance Française de Kuala Lumpur in September.

There is a symbiotic relationship between Lui and her camera: a 8×10 inch view film camera. Bulky and cumbersome, the camera isn’t one favoured by photographers in the era of fast-paced media and technology. Yet, Lui lugs it around with her whenever she shoots.

“It’s like my house, it helps me to take root. Cause it’s so big, I’m force to all the time, settle. I’m very multiple, so I can skip from one thing to another, multi task, multiple everything. This camera forces me to stay still and observe because it’s so limiting. It limits my movements so I’m forced to settle.”

“The actual shooting of the image is relatively fast. In a sense that in two to four hours, it’s done. But I would have only photographed maybe between two takes to six takes because each piece of film is a fortune. So I have to, in fact already mentally from the beginning of my journey, begin to construct my image. Everything has to work in an intuitive manner.”

As evident in her works, personal narratives are very important to Lui and something she constantly emphasises and tries to achieve. “I’m not interested in making sensational photos. I’m only interested in making quiet photos and photos that grow with time. It’s really like the drop that drops on still water and it creates this ripple.”

The Essential Veil will be exhibited at Obscura Festival of Photography in George Town from 14 – 31 August, one of the open curations put together specially for the festival. Find out more about Obscura Festival here. Totem will be exhibited at Alliance Française de Kuala Lumpur from 5 September – 3 October. There will also be a talk by the artist and panel discussion on 1 October. Find out more here. 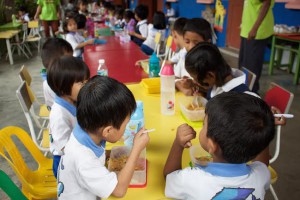 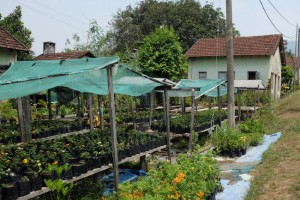 The Valley of Hope 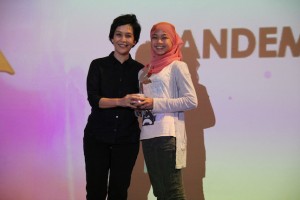