Notes From A Small Island

Ling Low talks to Azmyl Yunor and Hell Low about crossing the Straits divide with music. By Poskod

The opening track to The Pedra Branca EP is a song by Azmyl Yunor titled “Wrong Time, Wrong Place”. These four words have come to stand for much of the Malaysian singer-songwriter’s music. Azmyl Yunor’s songs are often about a sense of displacement, with lyrics that observe the world as an outsider.

With The Pedra Branca, this displacement is sent even further off the beaten track, and reflected back in the songs of Singaporean musician Hell Low. As a split EP, half the songs are written and performed by Azmyl Yunor and half are by Hell Low, the solo moniker for Jeremy Lee of The Diarists.

As a “doom folk artist”, Jeremy Lee has much in common with Azmyl Yunor in both genre and temperament. Together, their collaboration plays like a cross-straits diary of disappointment. But as Azmyl himself points out, the EP is also about hope. In releasing this split EP, the two musicians wanted to make a conscious effort to work together: a Malaysian and a Singaporean, feeling out their common ground.

“Pedra Branca” is a tongue in cheek reference to the island at the easternmost point of Singapore. For a long time, this small island (also known as Batu Puteh) was the subject of a territorial dispute between Singapore and Malaysia.

“We are so alike yet also so markedly different, culturally, since we separated in the 60s,” says Azmyl, who has been getting to know the Lion City by touring its music venues. “There is a burgeoning independent singer-songwriter/folk scene emerging in the fringes in Singapore, like it was here in KL in the early 2000s.”

The two musicians met when Jeremy (who also organizes various acoustic shows in Singapore) opened a show for Azmyl, and have kept in touch ever since. The EP came about through talks online, in person and over food. The songs were finally selected to complement each other, recorded by Ronnie Khoo (of the band Furniture).

The six songs speak to a folk-blues tradition that is more often associated with the American south. But as Azmyl points out, “The best folk-blues stuff is rooted from observations and experiences of hardship, be it economic, social, racial, or romantic love gone wrong,” says Azmyl. “This was the bread and butter of my favourite Malaysian folk-blues singer-songwriters like Sharidir, Meor Yusof Aziddin, and Rafique Rashid.”

These disenchanted observations are also a strong undercurrent in Jeremy’s music: “In Singapore, we are a naturally repressed country,” he says. “There is shiny veneer that is slowly coming loose as the stress from living here takes its toll on the populace. Life beyond the facade is what I write about and it’s the ugly imperfections that make me want to stay on this tiny red dot.”

The Pedra Branca EP will be released as a cassette tape, released by Malaysia’s own cassette label and distributor Noisemonger Records. Why cassette tape? “Cassettes, like vinyl, allow you be immersed in the work as a whole from beginning to end,” says Azmyl. “They reward your patience and attention, since it takes some effort to skip to next song.” Ideally, they would like the EP to be heard “from beginning to end, in one sitting of 27 minutes and 12 seconds.”

For those of us who no longer own walkmans, rest assured that each cassette will include a download code and the EP can also be bought online. The two musicians have started performing around Singapore and Malaysia to promote the launch. The official Malaysia launch will be at Merdekarya in PJ on 29 April.

“At the root of this approach and tradition [of folk-blues], I feel, is the need for and sharing of empathy,” says Azmyl. In the end, despite the sense of loneliness, frustration and despair that threads these songs together, this EP is a shared work. In its spirit of collaboration and fellowship, The Pedra Branca tells us that no man is an island. 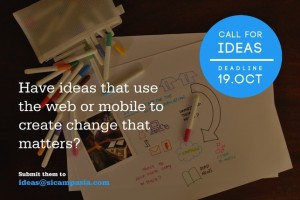 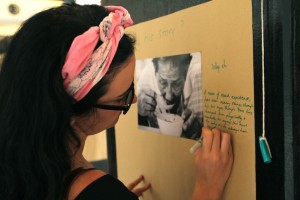 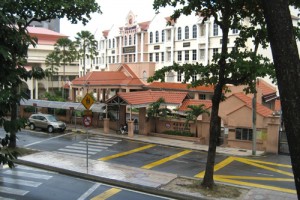