CM Chung was an usher on Merdeka Day, 1957. He recalls the "goose pimple moment" of independence. By Poskod

It rained in the early hours of August 31st. Sheets and sheets. The ceremony was to start at eight and there was no way I could turn up earlier for ushering duty that historic morning. The news finally crackled over Radio Malaya – the ceremony would be postponed till 9 a.m. So it was in the drizzle that I cycled off to Merdeka Stadium.

Some members of the public had already arrived when I got there huddled under the ubiquitous wax paper umbrellas. Under leaden skies, we ushers fanned out to our allotted sectors, with mine in the north east corner. The younger generation had had their turn the day before to watch the opening of the Stadium; today it was their parents’ turn to witness history being made in it. I knew, for a fact, though, that many of our Victoria Institution (V.I.) Sixth Formers had been given tickets and were now dispersed all over in the stadium.

Outstation buses began pulling up in the spiffy new car park at the side of the stadium and disgorged their loads of rural passengers. Bicycles and motorcycles began filling up their bays in the adjoining parks as well. The stadium’s fifty turnstiles whirled continuously to admit streams of government employees and invited guests. The covered section housed the VIPs – diplomatic guests and foreign dignitaries and cabinet members. The latter were dressed, quite incongruously given the occasion, in resplendent white colonial style uniforms, complete with pith helmets and swaths of ostrich feathers!

All round the stadium, flags of friendly nations of the world flapped from their standards. The Australian flag marked my territory. Looking at the green I could see that a long raised wooden dais lined with bunting and potted plants had been assembled in front of the covered stand. Facing it were the soldiers of the Malay Regiment forming the Guard of Honour. Behind them was the Band of the Federation of Malaya Police whose loud practice sessions the past several months had provided every V.I. pupil the foot tapping musical background for many a lesson. Forming two concentric ovals around the perimeter of the stadium were khaki or white-clad members of voluntary bodies like St. Johns Ambulance, the Red Cross, Cadets and the Boys Brigade standing stiffly at attention.

Security was light and I sneaked past the metal barricades into the top floor behind the VIP section.

Well before time, the stands were full and the rain had mercifully stopped. It is a testament to the excellent ground drainage system laid down by Chief Engineer S. E. Jewkes of the P.W.D. that there were no unsightly puddles of water to be seen anywhere (unlike the V.I. padang after a heavy rainfall!) My duty done, with camera slung over my shoulder, I made my way to the covered section.  Security was light and I sneaked past the metal barricades into the top floor behind the VIP section. At a quarter to nine, the rulers began arriving, in order of precedence. From my strategic perch overlooking the entrance to the stadium. I could watch the arrivals, catching a glimpse of the Duke and Duchess of Gloucester arriving in an open Rolls Royce (doubtless the same limousine that took the Duke of Edinburgh around when he visited the previous November). The last to arrive, the Royals entered the stadium escorted by Sir Donald MacGillivray at the stroke of nine. God Save the Queen crashed out for arguably the final time from the Police Band.

The two British representatives took their places on the centre of the dais with the Malay rulers distributed on either side of them. Actually not all the rulers were there; Sultan Ibrahim of Johore was conspicuously missing. His place, at one end of the dais, was taken by the Tengku Mahkota, who cut an odd figure in military uniform without the requisite trappings over his head that the rest, including the Duke of Gloucester, had earned – a royal yellow umbrella!

“I am confident that Malaya will respond worthily to the challenging tasks of independence.”

The Duke of Gloucester addressed the gathering with a message from his niece, the Queen: “My thoughts are with you as you take up the great and stimulating responsibilities of independence…. I am confident that Malaya will respond worthily to the challenging tasks of independence … May God bless and guide your country in the years that lie ahead.”

The Duke then turned to the new Prime Minister of Malaya, Tunku Abdul Rahman, and handed to him the Constitutional Instrument embodying the independence of Malaya. By this time the stadium gates had been thrown open and the milling crowds outside the stadium, the ordinary man in the street, poured in to fill every nook and cranny. The Tunku then addressed the packed stadium and countless thousands of others listening over the radio, finishing with: “We shall always remember with gratitude the assistance which we have received from Great Britain down our path of nationhood. But while we think of the past, we look forward with faith and hope to the future.”

The Tunku then drew out the Proclamation of Independence from its case and read it first in Malay and then in English, concluding with “…Persekutuan Tanah Melayu is and, with God’s blessing, shall be forever a sovereign democratic and independent state founded upon the principles of liberty and justice…”

Punching his fist into the air, Tunku suddenly shouted, “Merdeka!” Taken by surprise, faint replies rippled through sections of the crowd.

Punching his fist into the air, he suddenly shouted, “Merdeka!” Taken by surprise, faint replies rippled through sections of the crowd. Was it because the crowd was made up of largely of civil servants and thus extremely polite people? The Tunku tried again, “Merdeka! … Merdeka!! … MERDEKA!!!” Go on, I urged the crowd silently, echo him, ECHO HIM! Seven times, the Tunku shouted in total and each time the response lacked the intensity one would have expected of such a momentous event. Malayans were obviously not very demonstrative people!

Three navy ratings then marched up to the 40-foot flag pole in the centre of the field carrying a folded Malayan flag. Then to the strains of Negara-ku the flag of the new-born nation crawled steadily up the post as the entire stadium stood at attention. (Well – if truth be told – ALMOST everyone for I did notice a few old guys squatting detached and impassively on the grassy bank in the section where I had ushered.) This was definitely a goose pimple moment for me and thousands of others for not too many people get to see a nation born everyday.

This extract is published from a memoir of CM Chung’s Victoria Institution days. 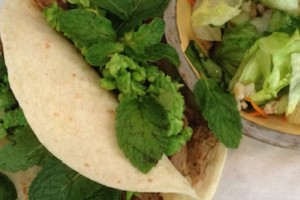 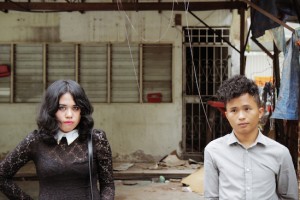 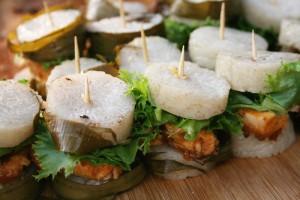