From goreng pisang to pesto pasta, food trucks are coming to a street near you. Alia Ali tracks down KL's best. By Poskod

Think about the last time you had the munchies, or hankered for a cool sweet drink on a balmy afternoon. Chances are there was a goreng pisang truck nearby, with a soy bean truck not too far from it. And if you turn the corner, a rojak and cendol truck would be there in the shade of a tree, folks gaily chattering as they beat the heat and filled their bellies.

Food trucks aren’t a recent invention, really. The States and the UK got onto the wagon (or truck?) pretty late in the game. If you look around South East Asia, and Malaysia in particular, we’ve been selling food from trucks for ages. In recent years, “fancier” food trucks are beginning to emerge. Burger trucks, a now-famous pasta truck, and even a coffee truck have gotten into the game.

It seems that there are few things you can’t get from a truck these days. Here are eight of our favourites.

Before you buy ready-made food, you need ingredients. And Ah Gua has just that. Depending on what street or neighbourhood you live in, you can expect Ah Gua to come rolling up at a particular time with a selection of fresh produce such as fish, poultry and vegetables.

Every morning for the past 30 years, Ah Gua has gone to the Selayang wholesale market at 3am to stock his truck with the freshest produce he can find, and trundles back to PJ to begin his rounds for the day. Trucks like his are a godsend for elderly customers and live-in maids who don’t have ready transport to go to the nearest wet market.

When asked for anecdotes about his grocery truck business, the amiable Ah Gua talks about robbers, as he carries up to four figures in cash by the end of his route. “I’ve been robbed a few times over the years, but now that most neighbourhoods are turning into gated communities, things are much better now.” He still has to be on guard for suspicious characters, but having several large butcher knives at his disposal deters most would-be robbers.

Madam Ong has mastered the art of the perfect goreng pisang: a shatteringly crispy outer layer of batter on the outside, a creamy warm pisang raja on the inside. Her secret lies in her understanding of how hot oil works, and she’s managed to tame a giant wok full of it. And it’s not just her goreng pisang: she also sells kueh bakul, cekodok and more deep-fried goodness.

No matter how many different bit and bobs are swimming in this vat of oil, she manages to fry them so well that the batter isn’t soggy with oil, yet the inside is still cooked. 30 years of experience and singed skin are the best teachers, no doubt.

Parked under a big tree along SS2/64, outside Nasi Kandar Pelita and opposite McDonald’s. Opening hours: 10am-6pm, closed on Mondays.

Everyone has their favourite rojak-cendol truck that they swear by. Almost always sold in tandem, they are a great afternoon pick-me-up. The man who originally ran this stall in particular had been in business for over 20 years. Early last year, he ran into an accident, and has since rented his business to a new rojak man.

While the rojak pasembur isn’t quite the same as it used to be, it still blows most other rojak stalls out of the water. The kueh rojak at this truck is crisp-tender, with none of the overly chewy bits that are usually present. The saice is also a delicate balance of gooey, spicy and nutty, with just the right amount poured in so the rojak bits are not swimming in sauce. The cendol, sadly, is nothing to shout about, but is an adequate thirst quencher.

Parked under a tree outside the Caltex and Petronas stations along Jalan Cempaka 8, Ampang. Opening hours: Lunchtime until it runs out in the evening (safe bet is 5pm).

There’s nothing quite like a cold soy bean drink on a hot day, and Pun knows it – he’s been trucking around barrels of the stuff every day for over ten years and still goes home having sold out his wares. Like most soy bean trucks, he sells white soy milk, black soy milk, and tau foo fah, all made from soybeans he gets all the way from Canada. All of them are available ready-packed with medium amounts of sugar, or you can ask him to specially pack what you want with your preferred level of sweetness.

“Trucks are easier than stalls; you can park it anywhere, go to different areas,” says Pun, patting an empty barrel. “I have my favourite areas of course, and if I finish my stock, I can go home!”

In and around the main SS2 commercial centre, usually down the road from the goreng pisang truck on SS2/64. Opening hours:11am-6pm every day. On Mondays it stays open until around 11pm because of the SS2 night market.

What makes Ramly burgers such a unique experience here in Malaysia is that in every stall, everyone gets the same Ramly patty. What sets them apart from each other is the various fillings.

At The Burger Shop, their trademark is a generous dose of black pepper sauce that goes on every burger. On most nights you can also get a dollop of mushroom sauce, with actual mushroom slices still visible as it oozes happily on your burger.

At an average sale of 500 burgers a night, this truck’s popularity with Subangites is indisputable.

Along Jalan SS15/8A, outside the MPSJ market before you get to Asia Cafe. Opening hours: 6pm to 2am, closed on Sundays.

Tasty bar snacks don’t come too cheap here in Kuala Lumpur. Fortunately, an enterprising fleet of trucks have filled in this void. Dubbed “lok-lok” trucks by fans, it serves up exactly what one needs to soak up all that alcohol: hot, greasy, fatty, spicy food on sticks so good that even non-drinkers can appreciate it.

Skewers of raw meat and vegetables await the hungry punter, ready to be boiled, grilled or deep-fried and dipped in chilli powder or various sauces. The grill and deep-frying vats are a recent addition, as lok-lok trucks were originally outfitted with just the pots of boiling water. (Also, if one wants to be pedantic, “lok-lok” actually translates to “blanch-blanch” instead of “boil-boil”).

With the popular Fat One brand of lok-lok trucks, Kelvin (the proprietor of this particular truck) explains that anyone interested in running a lok-lok business can either rent the truck and buy supplies from the main people in charge, or just work for the man, which is by far the most stable, economical choice.

A little before the food truck craze was brewing in the States, Rosman of The Humble Chef was already plying his trade on an apparently lonely overhead bridge in Pusat Bandar Damansara. His fare is pasta, pita sandwiches and omlettes, sold for about RM5 per meal. His stroke of genius? The truck’s chosen location is only a short stroll away from HELP university’s student residences, which guaranteed a steady supply of customers to this day.

It was his mother’s idea to run his business from a truck instead of a brick-and-mortar restaurant as it would save tremendously on overhead costs. Rosman now has a restaurant in Plaza Damansara (with an extended menu), but the truck still opens.

His pesto pastas are one of the best deals you can get, as you can still taste the zing of fresh herbs in every serving. For a real treat, however, you definitely want multiple orders of his lamb pita, where minced lamb gets friendly with cream and cheese in a soft and warm pita pocket. Add the experience of eating al fresco over the busy Sprint Highway and you’ve got yourself a uniquely tasty night out in KL.

Benny, Kenner and Sam, three friends who loved their coffee, realized that no one in KL was running coffee trucks. They began looking into the practicality of running a food truck as opposed to a café and the Royal Post was born, selling coffee, sandwiches and pastries.

“It’s about delivering coffee to the people, hence ‘Post’,” says Sam. And what a cup of coffee it is, expertly prepared so one can taste the flavour notes in the coffee without the addition of sugar.

“‘Royal Post’, well, that’s because we derived most of our inspiration from coffee trucks in the UK. We wanted to pay homage to the Queen,” Sam adds, grinning. Look for their cafe, opening sometime this year at Menara Standard Chartered. Their truck will definitely still be around, and can be tracked on their website. 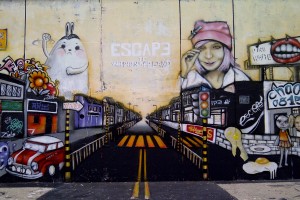 Escape to the River 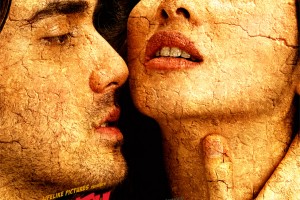 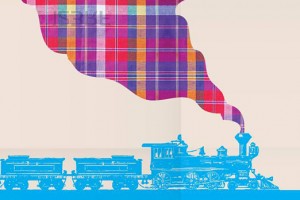 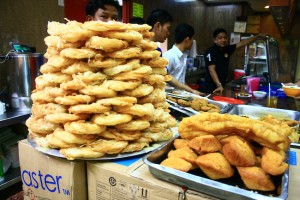