Zedeck Siew talks to the young visual artist about death and performance art.

(End Game: The Gate, Poodien, 2010, mixed media)By Zedeck SiewShaifuddin Mamat, better known as Poodien, is a young visual and performance artist — one of KL’s brightest young creative stars. He was part of the most recent Three Young Contemporaries show at VWFA; he was one of five recipients of the inaugural Malaysian Emerging Artist (MEA) Award. And he’s got a new show at Galeri Chandan: End Game, opening 22 November 2010.Poodien tells us how he got into art, Fascist Spain, death, and what performance art is really about!First, some background:One of Poodien’s most memorable gallery works was part of Al-Kesah, a group show at MAP KL in March: “You Make Plans We Make History” was a painting of a high-songkok-ed Najib Razak, which people could doodle over. That’s a double transgression: effacing the face of the PM, and effacing a work of art in a gallery!

His out-of-gallery work is equally clarion-like. For example: a series of murals — portraits of leftist leaders like Marx, Che Guevara and Ahmad Boestamam — that adorn the walls of PSM’s new Pustaka Kiri resource centre.~How did you get into art?It all happened by pure chance. I was a naïve kampung boy, and “Pure Science” dropout student — a victim of the government’s 1980s vision to become a developed industrialised nation. Thanks (and no thanks) to our bad education system, which fails to recognise a kid’s natural preference to develop in their own interests.At this point in my life, I felt no enthusiasm to continue higher study in any science courses — so I chose to learn art instead. As a small kid, I was already interested in the visual aspects of things: drawing the Japanese superheroes that I watched in TV; liking the glam-rocker image, and the cover art of music tapes. I guess the fluidity and subjectivity and its mystic-magical side attracted me to art.What, to you, is the role of art in Malaysian society?It depends on which part of society we are talking about. For the majority of Malaysians, art — or especially visual art — almost has no role at all! It’s not organically growing along with the society.I’m not saying that we don’t have a tradition in visual art, but there’s a kind of break between the traditional practices, and the current quality and appreciation of at in the modern Malaysian nation-state. To have an understanding of this, we need to look at our post-colonial history and our cultural policies and arrangements. The modernism project is to blame.It’s saddening, as an artist, to think about this. What is the role and function of the artist, itself? Sometimes, I feel that we carry the baggage of a holy mission to save our entire society from becoming automatons with no feelings! 🙂Seni untuk Seni, or Seni untuk Rakyat?That distinction is really something in our past. It’s a historical reference, and we don’t have to dabble in that argument too long. I’d rather ride on a synthesis of both.

You were part of the recent Three Young Contemporaries show. Tell us about it?I made a series of work under the title Long Live Death — that comes from Viva La Muerte, the title of a surrealist autobiographical movie directed by Fernando Arabal. He was an iconoclastic and controversial multi-disciplinary artist in the 1950s and 1960s. Arabal grew up in Fascist Spain, and was also the co-creator (along with Roland Topor and Alexandro Jodorowsky) of the cult Panic Movement, a collective that created diverse works and performance art, mixing various means of expression and artistic movements.Long Live Death had a lot of existential drive in it. I was articulating “death” in various forms and in interactive performance. Part of the performance involved mechanical rabbits; I customised them to create unique differences among these cheap, mass-produced toys. The audience could choose a toy they liked, treat it as their own, and turn them loose on the floor. But after that they would have to pick up their toy and put it in a coffin.

The toys symbolise citizens, with their so-called individual identities: they ironically move and make random sounds by a certain mechanical logic.You’re opening a show at Galeri Chandan on 22 November 2010. Tell us about it?It’s a duo show with Mohd Bakir Baharom, part of the MEA Showcase. My half is called End Game, and will still linger around the subject of death — only this time it is only executed in the form of paintings and drawings. It’s a continuation of the work I submitted for the MEA competition. The works mix painting with collage; mixing different media has always been the medium of my choice.

(Long Live Death: Pig Monastery, Poodien, 2010, mixed media)What’s being a Malaysian Emerging Artist like?Erm, nothing much different, really. Honestly, I don’t really care. The award was awarded by a commercial gallery for whatever reason, and it’s just by chance that I won it. I was working on the piece not to get into any competition. But the ad for the MEA landed in my hand, and they were offering money, a sponsored trip, and a gallery show. So why not just try my luck?I’m not really in favour of “competing” for my art, though. I see each piece art as equally good: for the creator and anyone who appreciates it.

Along with poet Rahmat Haron and artist Sharon Chin, you are putting together Buka Jalan, a performance art festival in February 2011. What is performance art, actually?Performance art is a progressive move, made by visual artists who saw that dead-object art was not enough to deliver and explain the ideas that they wanted to express — so the artists’ bodies needed to get involved, in a unique, real-time situation.Historically, it was derived from the radical Dada movement in the early 20th Century. With time it has grown, developed, hybridised into various forms — it has even become institutionalised and clarified as a “valid” art form.What do you intend to achieve in this festival?We want to organise the festival to bring more attention to local artists and audiences about this form. We are trying to bring performance artists from around Southeast Asia for a two-day fest.The practise has been growing in this region, but I guess Malaysia is a bit left behind. There have been attempts to organise performance art events here, but it’s very little compared to other countries, and always less celebrated in local art scene. It gets the most attention when there are problems with the authorities, or creates controversy.Perhaps this festival will be a successful attempt at “buka jalan” for this practice. We need support and help from everyone to make this happen! Anyone who is interested to lend support, do contact us!http://rusbankinfo.ru займ на карту срочно без отказа 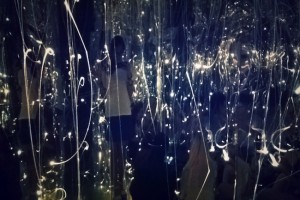 Step into Infinity at Publika 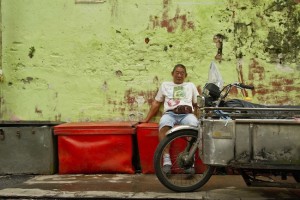 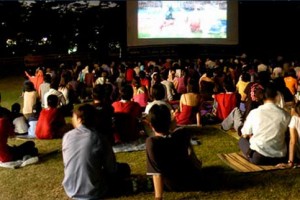