"I found the meaning of becoming a man mostly by trial and error." By Poskod I had a fairly simple childhood. Well, it was simple in essence, but it’s very complex in nature. My father passed away when I was three and I grew up with my mother for the most part of my childhood.I didn’t have a father figure, I had to find what it is to be “a man” by myself. It’s something I discovered when I was already an adult. Why am I here? I thought to myself, because when I looked at other guys, they usually would have some resemblance with their fathers.I found the meaning of becoming a man mostly by trial and error. My childhood was a lot of me fighting other kids, all that clichéd stuff. Me not being able to conform, people not being able to relate. I was a bit of a rebel.I came from a small town, Ayer Tawar in Perak, so it got pretty boring. If I didn’t watch football, I’d watch TV. I’d be reading and listening to music as well. I lived with a single mother and my sister, so I had a lot of time on my own. But from there, I think I can understand women better. I was the only guy in my house.

I daydreamed a lot as a kid, and I wrote.

I watched films a lot. I remember back then we had VCR, but I didn’t own that. My source of films would be my Pak Long who lives nearby and another uncle of mine ran a video rental shop. During the school holidays I would watch films and also TV.I daydreamed a lot as a kid, and I wrote. Well, not really writing. I would scribble a lot. I keep some of my old writings, most of them were nonsense though.I’ve always been interested in listening to stories and telling stories myself. Now that I think about it, I was kind of more advanced than the other kids purely because I watched a lot of movies. I can’t really say what fascinates me a lot about films but if I were to look back, I think it goes back to my nature of always wanting to know things. Like “how is it like to live in the big city?”Films were my outlet. We didn’t have the Internet back then so what is your gateway out? How would you know about things outside? If you never left home for the next 30 years, your life would be pretty much that bubble you live in. Looking back, movies contributed to where I am now.

I went through a terrible time not being able to receive bad reviews. It’s just my weakness.

When I went to boarding school, I came with no baggage. People don’t really care, and the environment is very new. I made friends. Usually the fastest way to make friends in boarding school is when you’re good at something – like sports. I played a lot of football so it wasn’t that hard to blend in.I first took interest in stage since I was at school, but my interest was just there. I never thought that one day I would be doing films. I did a lot of plays, I wrote a lot of plays as well. From stage, someone recognised me and asked if I wanted to do films. That’s what happened to me with Pisau Cukur, my first movie.KIL was actually my film school. I did not have formal education in film but KIL was sort of a crash course. I saw that as an opportunity, I saw that Malaysia has a lot of movies that are more or less the same. I met a bunch of people who think that we can offer something else. I’m not saying we can offer something better, I’m just saying we can offer a different perspective on how films should be.I went through a terrible time not being able to receive bad reviews even during my theatre days, so I’m kind of used to it by now – it’s just my weakness sometimes. But I think it’s just normal when it comes to bad reviews, for anything. Whenever I write, I share some part of me. Art is about sharing yourself.Terbaik Dari Langit is simple, like a reviewer said, a cute simple story about a reunion of ex friends who went to boarding school together and get forced to join this guy who always wanted to become a filmmaker. It’s a coming of age film, plus road trip. It talks about other things as well. Thematically about friendship, faith, love, growing up, all those things.During the premiere, I felt like I’m watching my ex-girlfriend. That night was to officiate my break up with the film, it’s no longer mine. Whatever I say about the film doesn’t matter because that’s just my interpretation of it. I can’t control what you should think about the film. What people think is up to them.Interpretation belongs to those who want to experience it; that’s how art lives. Art will live on forever as long as people interpret it. That’s why you have Shakespeare and that’s why Mona Lisa stands here up until today.

The original title for Terbaik Dari Langit is Bikin Filem (Making a film), but some people think that title is too self-absorbed. I see it as something else, I see that our lives is like a film. Films are just sequences of moving pictures. Which is what you are, what you can see in your eyes. That’s a film. Bikin Filem is your life and what you want to do with it.Malaysian films should improve. Sometimes I get misunderstood by people who think that I’m being critical because I think I’m better. People say I do not support them. This is how it is: the real support for films comes by paying money, interpreting and talking about films. It’s not about dressing up, going to gala, and tweeting good stuff. That’s desensitising films even more.I’m not saying you can’t go to films and be entertained then go home. You can, but I think largely film still survives until this day because the power it has to influence people.

I want my films to be told the right way. It needs to have a good story. “Good” is subjective so we do what’s good according to us. To me, the most respectable thing a filmmaker can do is doing what you want to do. Most established filmmakers are established because they tell people stories they want to tell the way they want to tell it.I think film culture is dead here. Maybe film culture is alive; just not towards local films. To be honest, I don’t really care. What I care about is enjoying myself doing it. I may have the luxury of not caring because it’s not my periuk nasi (main source of income).People ask me, how do I manage time between acting and writing. But my answer is really this: why can’t you manage time? Why can’t you do those things? Why is it weird I can’t do these things? It’s weird to me that people can’t do these things. I didn’t have a myopic view on life.Do something with your life. Do you want to work for the most part of your life and not do anything else? A lot of people see what I do in acting as a job. It’s really not a job. I don’t charge for any of my acting, even these days.That’s why I’m very choosy, if I don’t enjoy it then I wouldn’t do it because it’s not a source of income for me. My priority is my career but if something exciting comes my way I’ll treat it as my reward for working so hard. If you love something, you make time for it.Redza Minhat is an actor and screenwriter, as well as a member of the theatre group Projek Disko Baldi. He is the writer of Terbaik Dari Langit (dir. Nik Amir Mustapha), out in cinemas on 25 December. Interview by Abdul Qayyum Jumadihttp://rusbankinfo.ru займ на карту срочно без отказа 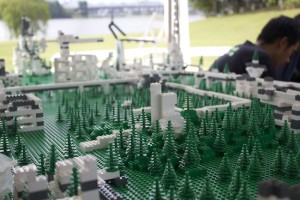 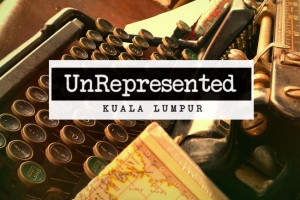