First time voters showing off their inked fingers after casting their votes in Labuan. It was the first time in the general election history of Malaysia that indelible ink was used. However, there was a controversy around the fact that the ink which was supposed to last up to a week could be easily washed off with sanitizer or other cleaning agents. (Image by Kelvin Kian) By Evelyn 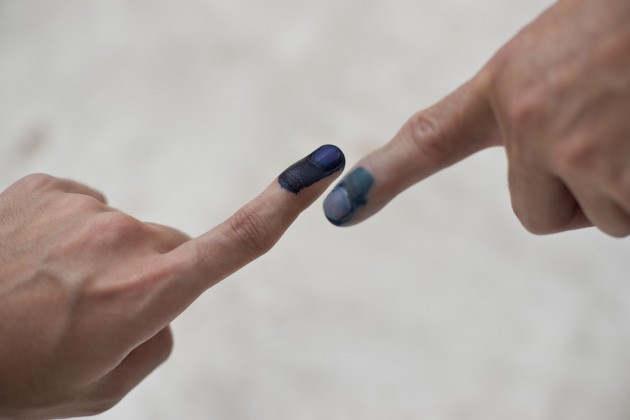