GE13: Money in your pockets

Malaysia’s 13th General Election will be the most closely contested in the country’s history. With intense campaigning from both Barisan Nasional (BN) and Pakatan Rakyat (PR), and a range of tactics to win the hearts and minds of voters, it can be hard to actually distinguish the differences in policy. However, both sides have outlined their intentions to improve the income of ordinary Malaysians. Here on Poskod.my, we break down three key issues to see how BN and PR differ: minimum pay, income tax and government handouts.Minimum PayThe matter of national minimum pay was first brought up in the Parliament in 1972 at a time of new economic consciousness. It was about a year after the New Economic Policy was launched by then-prime minister, Abdul Razak Hussein. For almost 40 years, Malaysia has managed to resist the pressures from various interest groups to implement a national minimum pay policy. A minimum pay law finally came into effect on 1 January 2013, after the launch of the Economic Transformation Programme.The current minimum pay law requires employers to pay their workers at least RM900 per month in Peninsular Malaysia or RM800 in Sabah and Sarawak. To smoothen the implementation, BN has allowed a six-month deferred implementation for small enterprises. But still, the government received criticisms from certain groups for poor implementation of the minimum pay policy. The Federation of Malaysian Manufacturers said that employers were not “given sufficient time, support and clear guidelines on implementation.”For the 13th general elections, PR’s manifesto states they will raise the minimum pay to RM1,100 per month. This higher rate was first mooted by the federal opposition in its alternative budget for 2012 and was repeated in the 2013 one as well. The BN party youth chief, Khairy Jamaluddin called it “brainless populism”. In responding to criticisms, opposition politicians have justified their proposal by saying that that minimum pay policy will “be implemented in a package holistically” with measures to reduce dependency on unskilled foreign labour and to provide assistance to small businesses with technological improvements.Evelyn Ang, an entrepreneur – who runs an advertising and printing business in the city with her family – is very pragmatic about the issue. “If you pay your employees enough, you are bound to see productivity,” she says. Evelyn explained that she sees an improvement in her employee’s performance and attitude towards their jobs as they progressively get a pay rise. She added, “Currently, the lowest paid worker, an operator who is just doing printing, earns RM1,200. When she sees everybody is busy, she would come up to me, ‘Auntie, saya boleh tolong apa?’”For Ismail Arifin, a security officer at a suburban residential area, a higher minimum wage is welcome. “Kalau tinggal di bandar, RM900 memang tak cukup. Sewa rumah saja RM1,000 lebih. Nak bayar bill api, air, hantar anak pergi sekolah lagi kena buat overtime.” Ismail earns well above minimum pay himself, and the foreign nationals guards under his supervision are paid around RM1,500 a month. However, he feels that the government has to be smart about implementing the policy, balancing the economic needs of workers and costs to businesses which will in turn be borne by consumers. “Macam mana? Saya tak tahu lah. Saya tak pandai nak kata.”In fact, Ismail is not alone. Nobody really knows how to balance between minimum pay policy and its costs. Policymakers do not only deal with economic models and data but they have to also meet the often conflicting demands of various groups. Many economists have argued that minimum pay policy displaces low-skilled and inexperienced workers raising unemployment, especially in the low-income segment. There are also studies which have found that minimum pay policy has little to no impact on the prospect of low-income workers or unemployment. It has been argued that employers could reduce hours, non-wage benefits, or training .Income TaxAnother area of economic policies is taxation where both BN and PR promise reforms. The manifestos, however, lack information on what would actually constitute the proposed reform and how the people will benefit from it.

In Malaysia, taxes on personal income only make up about 11% of RM186 billion government total revenue. Indirect taxes – which currently include sales and services taxes as well as excise duties – add about another 18%. These ratios have largely remained unchanged in recent years. However, the government indirect tax revenue may be affected in the future with the implementation of goods and services tax (GST) or the abolishment of excise duties on cars.Taxation is an issue more likely to affect middle and upper-income Malaysians voters. But is it an issue likely to swing voters one way or another?Madiah Abdul Rahim, or Kak Madiah as she liked to be known, works as a receptionist at a major bank in KL and feels that small reduction or increase in the income tax rates do not affect her much. She said, “If we are talking about income tax, banyak juga lah. Tapi my company dia ada fixed deductions from my salary every month. Kalau ada lebih, I get refunds.” Kak Madiah believes that, for her personally, the level of taxation is fine and she sees it as a responsibility as a citizen to contribute to the society.Peter Lim, an accountant in Petaling Jaya, believes that taxation is a lot more complex than most people think. “When government change the tax code, there will always be people who respond negatively,” he said. Peter welcomes any kind of reform proposed by either coalition if it means a simpler tax system and believes that it is important to look at the big picture. He added, “Higher tax or lower tax does not necessarily mean it is good or bad for the whole economy.” For him personally, however, “lower tax [rate] is always better for everyone.”For a vice-president at a multinational corporation in Klang Valley, both Pakatan Rakyat and Barisan Nasional “are heading towards the right direction”. He added, “But of course, I would like to see them [tax rates] go down even further,” said. However, he is unsure if slashing the income tax would be something any government can truly commit to considering the significant government debt growth in recent years. He is sceptical about the sustainability of the government debt at current level especially when “the government is giving out all sorts of handouts.”Government HandoutsThe 1Malaysia programme has arguably popularised government handouts various schemes like Bantuan Rakyat 1Malaysia (BR1M) and Baucer Buku 1Malaysia (BB1M). BN has committed to gradually increase yearly BR1M payments up to RM1,200 for households and up to RM600 for single individuals. In addition to BR1M, the ruling coalition also plans to increase BB1M value to RM300 for each student in higher education and schooling aid to RM150 per pupil.Throughout the campaign period, a number of opposition politicians have said that there will be more cash handouts to be given out under PR. PR leaders have claimed that the allocations will come from the money that can be saved by the government. On paper, the PR manifesto proposes RM1,000 yearly aid to senior citizen under Senior Citizens Bonus Scheme – a policy already implemented in Penang. The opposition also promises to increase social welfare aid from RM300 to RM550 per month to eradicate poverty, which stood at 3.8% in 2009 according to United Nations Development Programme.There are numerous other allocations made in both manifestos that include indirect financial assistance to various groups as well as subsidies on food, petrol and healthcare. In any case, both sides of the political divide are guilty of one-upmanship. Voters are promised more goodies as the polling day draws closer. They come in the form of allocations for various things from civil service bonuses to laptops for schoolchildren.For a retired teacher based in Kelana Jaya, government handouts should be targeted to the needy and not be a tool of vote buying. She said, “If you are going to alleviate the people’s standard of living problems, you should make it regular and identify the people who really need the payment.” She feels that government handouts are a form of bribery. “It shouldn’t be done in this way. Make a genuine effort to address issues the people are facing.”There is also a question whether the groups targeted to receive government handouts are really in need. Khairul Anuar, a masters student at a public university in the city, said the book voucher scheme is handy for most students but not entirely necessary. “Some people need it but most people that I know, and myself included, usually buy non-academic books with the vouchers,” he said.It is often said that most Malaysians vote in elections based on ethnic or religious sentiments. Politicians have played on these sentiments to win votes. But now Malaysian politics is slowly moving away from divisive politics as the country matures as a democracy. The voting public must pay close attention to what their politicians say and do, before and after being elected. Debates on policy issues are often wrapped up in rhetoric and wordplay. I urge Malaysians to vote wisely on 5 May.Khairil Zhafri is is Poskod.my’s Writer in Progresshttp://rusbankinfo.ru займ на карту срочно без отказа 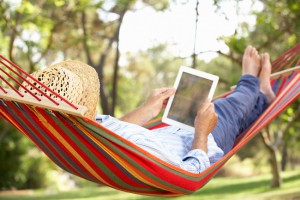 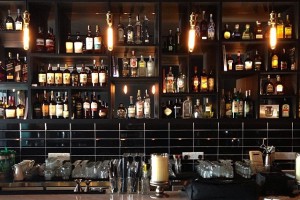 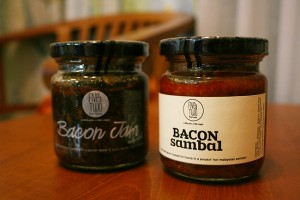 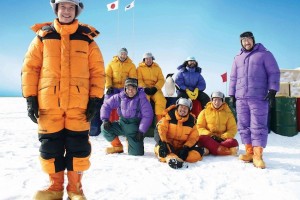