“A man deals with his vices in four ways: gambling, smoking, drinking or womanizing.”

He flicks his lighter alive. The flame burns the end of the cigarette as a sharp smell fills the air. He offers me one. I smile and politely decline. I take a sip out of the mug he’s passed me. The coffee is strong. “It goes nicely with the cigarette” he says, like he read my mind.

Jay is a private investigator, but you wouldn’t know from looking at him. His jaw is angular, eyes glazed with unspoken wisdom, hair cut short and his mouth dancing an expression between solemnity and good humour. He is tall and lean, wearing a white striped shirt with black slacks and leather shoes. His sunglasses hang around his neck, the earpieces hugging.

“Almost all the cases I handle concern cheating spouses. Most of the clients are women – and let me tell you something: their hunch is rarely wrong.”

“They’re usually husbands who are genuinely distressed. Sadly, when they begin suspecting, it’s usually in the final stages when their wives are already ready to leave.” He takes a long drag on his cigarette. As he blows a thin line of smoke, he says thoughtfully, “I do it this to find the truth.” He tells me later that his own father cheated on his mother.  “When you’ve personally experienced your family being broken apart by an affair… The truth – that’s what drives you”.

Jay is a code name. Before, he had a completely different identity – as a teacher and occasional actor.

Jay is a code name. Before, he had a completely different identity – as a teacher and occasional actor. When he wasn’t in the classroom, he often accompanied his brother on stakeouts. “My brother was a private investigator, he taught me the business”. On those stakeouts, he learned the art of trailing, surveillance and intelligence gathering among many other skills. Even menial tasks like filing and writing long detailed reports were part of the job.

He gives a hearty laugh as he recollects the long dull stakeouts with his brother on random weekends. “It would be long hours of waiting to no end.”

Jay’s brother has passed away many years since. Now Jay has become a full time private investigator, leaving behind his life of teaching.

There is a knock at the door. It opens and a woman in her late thirties pops her head in and looks at the both of us. “Hi, sorry. I hope you don’t mind – I need to discuss something with Jay,” she smiles curtly at me. Jay apologises and leaves the room, saying he’ll be back shortly.

I look around. The wallpaper has floral motifs and is bathed in shades of gold. The ornaments are Asian and Zen-like, one of them a stack of smooth rocks sitting on the wooden shelves. It is completely out of sync with one’s typical expectations of what a private investigator’s office would be like. In films and pulp fiction, the office would be dark, smoky and gloomy. Papers strewn over the floor and file cabinets ransacked. The few papers on Jay’s desk are neatly arranged in a pile.

I first found Jay by chance while searching for local private investigators online. It was ironic to find what was supposedly a secret service in such a public space. After I called the number on the website, Jay agreed to an interview. Rates were not mentioned on the website but when I asked him, he replied, “It starts from RM4,000 for a five-day investigation package. It could go up to RM20,000. Extra expenses incur if we have to go the extra mile”.

There was one assignment when he had to go overseas to follow a target. Flight tickets and accommodation were paid for. The assignment was a success.

Jay comes back in the room. “Sorry, it was urgent business with my wife. She runs the management side of the business,” he says. Jay’s wife too, is a private investigator: a partner. “Sometimes, we would use our son as one of the props for our investigation” he chuckles. He relates a story in one of his investigations where his wife pushed the baby’s pram nearby a target to be able to get evidence without being suspected.

“I believe in seeking closure for my clients; an answer to their anxieties.”

“What we do is mundane. I’ve once waited twelve hours, moving from one corner to another, waiting for the person to move.” While private investigation may sound exciting, it is more dull than thrilling, Jay confides.

Assignments start with information gathering. Usually studying the behaviour of the target: Jay begins with their schedules and vehicle. After that, it is just a matter of trailing. Heavy traffic in the city is usually a private investigator’s greatest obstacle. “When the target begins suspecting something, pulls over or you lose them in traffic – you move on to the next day.”

Not all his assignments are about catching unfaithful lovers. Though uncommon, Jay also specialises in security forces and corporate intelligence. The latter includes planting informants in target companies. Jay does not go into details.

Despite the challenges, Jay loves private investigating. “It’s about the success. The feeling is hard to describe, when you’ve finally got the answer, the result – as the client requires.”

I ask if it bothers him, knowing that he must present his clients with the painful reality. I cannot begin to imagine how difficult and heart wrenching it must be for both spouses.

“In the end, it’s about the truth. If the person is cheating – then so be it. If they aren’t, then good. I believe in seeking closure for my clients; an answer to their anxieties,” his voice quietens down. He takes another long drag from his newly lit cigarette and takes a sip from his lukewarm coffee. His eyes glass over thoughtfully for a fleeting moment and then refocus.

“I used to act, you know?” Jay has appeared in several local commercials over the years and acted in a short television drama that was discontinued after a few episodes. His acting abilities would have not certainly hurt his private investigating career. I asked him why he didn’t pursue a career in acting instead; he certainly seemed to have the talent.

My eyes swept over his office: the golden wallpaper, Zen ornaments, and the box of cigars on the shelves. “At the end of the day, I chose fortune over fame,” he muses, tapping the ashes of his cigarette into a glass bowl.

Listen to the interview on BFM89.9’s show I Love KL. 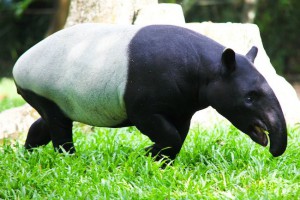 The Trouble With Tapirs The Side Project meets Perkasa