When it comes to second-hand bookshops, Annie Hariharan discovers that one reader's junk is another reader's treasure. By Poskod Somewhere among shops that sell batik clothes, dangly earrings and “ethnic” decorations in Central Market, there is a tiny, secondhand bookshop simply called Kedai Buku or Book Centre. This is where I used to browse for books in my student days of yore.

The shop is smaller than a typical master bedroom and has that familiar musty smell one would expect from a second-hand book store. Almost every inch of the floor is covered with English and Malay books that are stacked to the ceiling. The space is so cramped that it can only accommodate two or three customers at the same time. During my visit, I rubbed shoulders with a teenager flipping through Girl with the dragon tattoo, a lady eyeing Nicholas Sparks’ novels and an elderly man who bought a Dan Brown’s Angels and Demons.

The books at Kedai Buku are generally in good condition, although some of the more “well-loved” come with dog-eared pages and suspicious stains on the cover. There is neither an indexing system nor a computerised catalogue of book titles. The eclectic book collection range includes popular paperbacks such as romance novels, crime fiction and fantasy series.  But if you are really interested and persevere, you may find (as I did), Jeet Thayil’s Booker-nominated Narcopolissandwichedbetween Tony Parsons and Danielle Steel. Mr. Muru, the shop owner, proudly tells me that he has been managing this shop in the same location for the last 25 years. “When I first started the business, good books were hard to find in Kuala Lumpur. But tourists always brought interesting books with them and wanted to exchange their books for new ones. Since Central Market is a popular area for tourists, I could always get English books to sell. But it is a bit difficult to get secondhand Malay books. So I buy it directly from the publishers”.

Mr. Muru is quick to tell me that this is not a typical second-hand bookshop because he also provides book rental services.  If customers return the books they bought within a month, their money will be refunded, minus RM2-3 for the book rental charge.  “Books are not cheap in Malaysia. Sometimes people just want to read a book to see why it is so popular. After that they will never read it again. For people like this, especially college students, it is cheaper to rent.”

“I am not worried. There will always be people who prefer real books”

Despite the rise of digital publishing and e-readers such as Kindles, Mr. Muru is cautiously optimistic about the staying power of his book business in the long term. “I see more people starting to read books on their computer and phones. Maybe that is why my business has slowed down a little bit in the last few years. But I am not very worried. There will always be people who prefer real books. ”

I wonder whether other bookshops are as confident in their future, and seek out the cheekily named Junk Book Store on Jalan Tun H.S. Lee. This shop has been in business for the last 22 years and was awarded the title of “largest secondhand bookstore in Malaysia” by the Malaysian Book of Records 1998. Inside, I find a three-storey shop lot crammed with almost a million books and a few dozen LPs. Books are stacked on the shelves, on the floor, on the staircase and even in the space between the shelves and the ceiling.  Although there is a musty smell here, it is masked well by the wall fans working at full speed.

The book collection at Junk is an exemplary relic of the literature past. There are out-of-print books, first editions, books on military history and autobiographies as well as Archie comics and Rolling Stones magazines from 20 years ago. The Malaysian history alone is subdivided into Malayan history, Sarawak’s history and contemporary Malaysian history. There is also a large collection of foreign language books. The owners are husband-and-wife duo Mr. Tan and Adelyn Koh. In a phone interview, Adelyn tells me that it was her husband’s interest in collecting books that kick-started this shop. “Our book collection became so extensive that we decided to try selling it”, she says. Their first premise was a small space in Wisma Ann Koai, Jalan Ampang, back in 1990.  But as their business grew exponentially, they had to search for a bigger premise and within a few years, they settled on the current location in Jalan Tun H.S. Lee.

One of the employees, Ms. Yap has been with Junk Bookshop since the 1990s. According to her, when the bookshop first opened its doors, the customers were avid readers who relied on Adelyn to source for books that were not very accessible in KL. “Things have changed since then. Today, if local bookshops do not have a particular book, people can easily buy it from Amazon. So, our walk-in customers are generally book collectors or enthusiasts who love to dig around here and get excited when they find rare books.” Ms. Yap, who has worked at Junk Book Store for over 20 years.

Does “rare” also mean expensive? “It depends on how much value customers put on the books and how badly they want it. Some books sell for as cheap as RM3, some collectors’ edition magazine sell for RM50. Books on local history or culture can be expensive as it is rare. We once sold a book on Malayan history and British Colonial era for RM8,000.”

Kedai Buku and Junk Book Store are two secondhand bookshops within walking distance of each other. Neither shop caters to the crowd expecting the latest releases, cleanly wrapped in cling-film and placed in alphabetical order. But at the same time, the two shops appeal to two different segments of readers. The Kedai Buku targets readers of popular books, who are looking for affordable prices and don’t mind the wear and tear. Junk Book Store, meanwhile, is patronised by aficiandos who are willing to pay a premium for hard-to-find books.

Affordability and nostalgia: two reasons why secondhand bookshops are still surviving. If we can be as cheap as we can be sentimental, then there is no reason that these small, cramped and cluttered bookshops won’t continue to be a part of our city’s shopping scene.

Read this next: Curiosity Shops: A Vinyl Soul 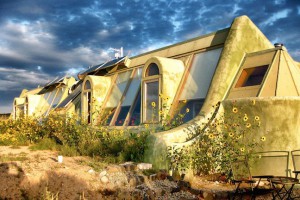 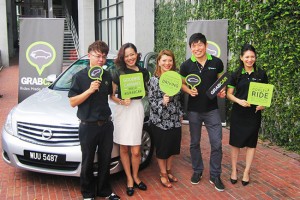 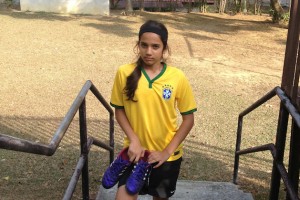 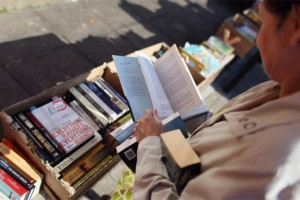