Picture a traditional Malay kampung house made of wood, on stilts and hardly unchanged for the last century. Now take that image and put it right along the bustling Chow Kit road.

Back in 2007, a local filmmaker Fatulrahman Ghazali who used to go past Jalan Chow Kit everyday on his way to work noticed a quaint little house. “It was kinda like a first love,” he said. “I stopped straight away to ask who live at this place. Suddenly the nenek came out and we chatted. She’s quite a character.”

Rumah Degil was built in 1926 in Chow Kit, back then a stronghold for the Mandailing community

The house in question was Rumah Pusaka Chow Kit, also known as Rumah Degil. Fatul eventually made a documentary featuring the house and its sole occupant, Norma Manjawali, the nenek whom he chatted with. Norma has lived there most of her life since she was born in 1932.

Rumah Degil was built in 1926 in Chow Kit, back then a stronghold for the Mandailing community. Standing true to the tide of time, the house was fondly nicknamed “stubborn” because it survived through the Japanese occupation, the communist insurgency and finally Malaysia’s independence and development.

As of 28 March this year, it was sold to new owners and the lot finally stood empty for the first time in almost 90 years. Before it got dismantled, the house was situated right smack in between two blocks of commercial shop lots that were three to four stories high; nestling quietly in the shadows of neighbouring skyscrapers.

Fatulrahman wasn’t the only person to notice the house and recognise its importance.

“The first time I saw it, I thought this is like the house from [the movie] Up. It’s like this house has stayed there and everything else was built around it,” says James Chong.

James is the Lead Coordinator and Strategist of the project undertaken by a team of individuals to preserve the last Malay house in Chow Kit. When it was clear that the land would be redeveloped, these individuals decided that there was only one way to preserve it: they would have to move the house.

Architect KC Tan was initially contracted to take on the new project that was to be built in Rumah Degil’s place. “It was more on my own initiative to convince the contractor. I said, ‘Look, perhaps we can salvage it and not just for table tops or timber flooring but the whole entity itself,” said KC. “And I managed to convince him to work together with me on that.”

“I brought this proposal to James and James got excited about it. Slowly but surely, we took on an expanded team and got more information.”

KC and James happen to be cousins, both of whom were born in Chow Kit.

“In fact the first time he spoke to me about the house, I didn’t even know the house existed because I was too young then,” says James. “He actually pulled out a photo of his parents wedding that was taken across from the house in Chow Kit back then, when it was still kampung houses.”

That was how the core team came to be formed. As well as Fatulrahman, KC and James, there is Abdur-Razzaq Lubis as a consulting historian and Khoo Salma Nasution and Dr Gwynn Jenkins as conservation advisors.

Through some diligent research, they managed to unearth information that links the house back to Sutan Puasa, who some believe to be the original founder of Kuala Lumpur and a settler in the area long before Raja Abdullah and Yap Ah Loy. This helped to strengthen the group’s cause for the relocation.

With the surveying done, wooden beams were carefully detached and each piece of the house marked and tagged accordingly. Everything was then packed away in a rented space until such time when a new location could be found, and the home rebuilt in its exact state.

Currently, discussions are still under way regarding the new location of Rumah Pusaka Chow Kit. When asked about their goals for the house, KC says, “We’re doing it in a more modest way. It’s not about glorifying an expensive mansion or beautiful home. It’s really about edifying the rawness of KL culture.”

“Number one: to learn about how KL came about and what makes KL, KL. Its more than just houses and buildings, it’s the city and the people behind it,” offers James. “The second is also for people from KL to feel proud that this is our history, and feel ownership of this.” He admits, “It’s a tall order.”

“KL is more than just houses and buildings, it’s the city and the people behind it”

However, the team can take some inspiration from other traditional houses which have been successfully moved. For example, the NGO Badan Warisan relocated Rumah Penghulu Abu Seman onto its own grounds in the mid nineties. Built between 1910 and the early 1930s, the house was originally located in Kampung Sungai Kechil and belonged to the local headman of Mukim Bagan Samak in Bandar Baharu, Kedah.

Badan Warisan chanced upon it while they were looking for a restoration project and made the decision to restore it considering the unique architectural features and history of the house. Documentation of the building was done thoroughly before each piece of the house was packed up and transported to KL.

“What kind of a legacy does anyone – the community, the government and the nation – want to leave to our future?” asks Elizabeth Cardoza, Executive Director of Badan Warisan. “The preservation of the past isn’t only about how much money you can make from it, it is also about how it contributes to your soul and your spirit.”

“Some things are outdated but in terms of use, there is always an intrinsic value and if this is a value you want to keep, then you would want to protect it and transmit it. Transmission from generation to generation should be done through education and awareness. If culture and heritage is important only to provide tourism dollar, there will no longer be meaning to the past. Culture must not be commodified – it demeans it and loses its value.”

Thanks to James and his team, future generations may still get to see Chow Kit’s last traditional Malay kampung house. However, as some houses are preserved, others around the city will be torn down and lost.

Kampung Baru, one of the most iconic enclaves of traditional wooden houses in the city, was gazetted in 1900 by the colonial British administrators as a Malay Agricultural Settlement. However, it now faces plans for redevelopment – although some residents insist they will not move or sell their land.

Let’s hope that Rumah Degil is not the only stubborn house in the city. More from Poskod.MY: A Walk in Kampung Cempaka Read this next: The Food Detective: Bakso Soup at Gerai Kak Muna 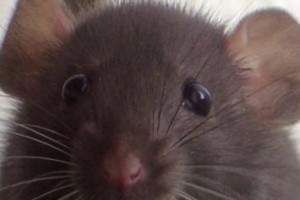 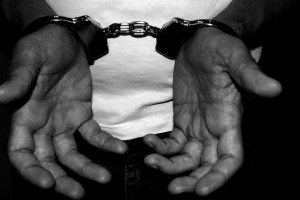 Seven things to know about the Sedition Act 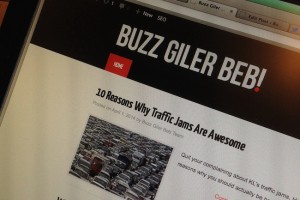 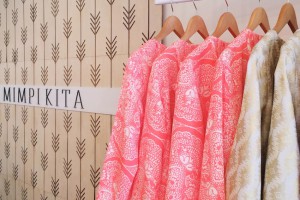 8 places to buy your Baju Raya