Melancholy postcards from Bryzoid. By Anna

Bryan Alexander Lim, better known to the world as Bryzoid, has spent the last four years pursuing his passion for photography. He was first inspired to go behind the lens when he discovered a vintage camera (a Voigtländer Bessa II) that belonged to his grandfather. Since then, he has become known as one of KL’s most original young photographers, building up a following for his surreal and stylised images.

“My life revolves around a creative culture movement and I just love to create, but I also venture into other things. I use photography as an added value to everything that I do,” he tells me.

In Bryzoid’s photography, melancholy and hope rub shoulders. Often featuring “self-portraits”, some of the most striking photographs show a man’s torso with a flower where the face should be. Hence, it comes as no surprise to find out that the first few photos that Bryzoid ever photographed were in fact flowers in his own garden.

“Amongst all of my photography shoots however, the most memorable has to be a piece called ‘Requiem’ whereby the photos were taken in an enchanted woods somewhere in London during a winter dawn” says Bryzoid. “I recall being in freezing cold and I had to enter a small stream to get the shot, but it was quite an adventurous experience indeed.”

All of these adventures have eventually led to him recently holding a showcase of his artwork at Hues KL’s Art Exhibition organized by Raffles College. He has also combined his love of sneakers with his photography, working on campaigns for Nike. Most recently, Bryzoid created the album artwork for musician OJ Law‘s upcoming release, Let’s Be Adult.

However, fans will spot another thread in Bryzoid’s works: a simple travel series of photographs entitled “Wish You Were Here”. “Early 2014, I was continuing my studies abroad in London, and in the midst of travelling across the United Kingdom and Europe, I thought it would be nice to have my loved ones, namely my family and friends, to witness those amazing views with me. Hence, the idea behind the “Wish You Were Here” (WYWH) series was born.”

The series shows a simple, handwritten “Wish You Were Here” sign in places around the world, including the Eiffel Tower in Paris, Mount Fuji in Japan, and Victoria Peak in Hong Kong – just to name a few. Like his other work, the photos are tinged with sadness, inverting the usual spirit of tourist postcards.

We couldn’t help but ask whether the series was intended for a significant someone. “Yes definitely. She’s someone really special and I hope it does come true. Perhaps a “With You” series in the future. Haha.”

“As for the WYWH series, I plan to explore some parts of Asia, mainly Cambodia and China, further moving on to Iceland to catch the Aurora Borealis and the United States for enowned landmarks such as the Statue of Liberty, the Golden Gate Bridge in San Francisco Bay and New York Times Square,” he says. As for his other plans, “I wish to explore other channels to express my creativity, probably creating and starting up a brand of my own.”

Bryzoid edits his images in PhotoShop to achieve his compositions. “I use a lot of pen tool, quick selection tool and cloning for my photos to achieve the final product” shares the photographer. “To be honest, there isn’t a guideline when it comes to editing my photos. What’s important is follow your feelings and trust your taste. That’s how it should be!”

The 24 year old’s best advice to aspiring photographers would be to learn the rules first, and then break them because sometimes rules can diminish the value of an artistic expression.

“There are so many ways of visioning and interpreting things. The interesting part is that everyone sees the world in a different perspective” says Bryzoid of what drew him to photography in the first place. “In fact, when one creates something and spreads it amongst his or her friends, and everyone is so passionate about it – that’s truly the best feeling ever.” 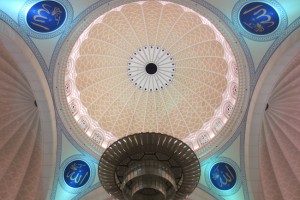 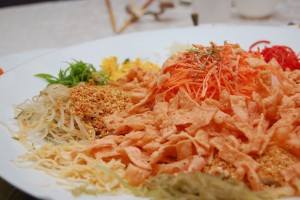