Put your book down and get your face on Instagram right now! Here are our favourite picks of bookstagram accounts you should follow for inspiration and some squee. By Poskod

We all know the dangers of falling down the rabbit hole that is Instagram. It all started innocently enough. You signed up for an account and the next thing you know, you’re in Wonderland. You’re following everyone from self-proclaimed floor addicts to hipster dogs and cats.Due to its visual nature, Instagram may not seem like the most fitting social media platform for people prefer the written word. But book bloggers and reviewers, publishers, authors, editors, literary journals, and librarians have really taken a liking to the network since its inception. And now not a day goes by without someone posting a #bookporn, a #shelfie, or a review of the tome in their hands.It’s a great way to discover the next literary craze, interact with authors, and celebrate the love of literature with others who are just as obsessed with the written word as you are. Since we’d never pass up a chance to geek out over books and explore good reads, we rounded up 21 of the best bookstagram accounts on our feed right now.

Created by a local book club, KL Book Appreciation Club, in order to popularise the act of reading in public, this account spotlights Malaysian bookworms with their current reads. Reading locations range from mamak stalls to bookstores to warehouse sales to trees!

Monday morning #quote ! ✨ These freshly printed note cards (along with stickers) are on their way to all of you kind souls who joined the movement. Thanks for your support! #takereadreturn

The Malaysian branch of the global Books On the Move movement showcases Malaysians’ efforts to spread the love of reading with others. Get a few stickers and leave some books in public places and perhaps you’ll give a non-reader the greatest gift of all: a book.

#Repost @carlaslittlelibrary Finally getting round to reading the sept/oct book for @oursharedshelf! (Hunger by Roxane Gay) #currentlyreading

Hoping to start more conversations on equality and intersectionality, Hermione Granger Emma Watson decided to create a feminist book club and the result is Our Shared Shelf. Featured reads include Hunger by Roxane Gay, The Handmaid’s Tale by Margaret Atwood, and Persepolis by Marjane Satrapi. Snippets of interviews with authors and prominent voices are also shared here. Lucky us!

The guy behind The Guy With the Book, Faroukh, is a voracious reader whose wanderlust is just as great as his appetite for fiction. Follow him if you’re inclined to read books by the following authors ── Haruki Murakami, Arundhati Roy, and Chimamanda Ngozi Adichie. Oh, and he hosts international giveaways from time to time.

Ingrid: “The story is about a man who attends his mother’s funeral and the reactions he does and does not have. I just started high school and our teacher let us choose between this book and ‘One Hundred Years of Solitude.’ I chose Camus. I usually prefer it when authors write about their own experiences and when you can relate to them, but this story is different. I like it. I’ve never read a philosophy book and thought philosophy would be harder to read, but it doesn’t feel like that. I want to study marketing, but who knows. Maybe now I’ll change my mind.” #ElExtranjero #TheStranger #Camus / @gs_laura for #subwaybookreview #MexicoCity and @thelilynews

If you’ve ever wanted to strike up a conversation with a stranger on the LRT because you’re wondering what they’re reading, follow this account pronto! Going subterranean, Uli Beutter Cohen speaks to strangers on the subway in New York, London, Mexico City, and Cairo to get their book reviews. After scrolling through hundreds of posts, you’ll realise you can’t judge people by the books they read.

You may know Emma Roberts from her work on American Horror Story: Coven and Scream Queens, but did you know she’s an avid bookworm? Roberts founded Belletrist, an online book club, with her best friend, Karah Preiss, to share the books they were reading with others. Expect links to interviews with featured authors, GIFs of notable bibliophiles in pop culture, and followers’ thoughts on the book club’s picks.

Look, we animated a thing for @penguinclassics! #repost with @repostapp ・・・ Whether fiction or nonfiction, classic literature and the stories they tell help inform us of the past, provide historical context for the present, and equip us with knowledge for the future. Books provide education, empathy, and awareness, and in a time where support for the arts and humanities is under threat, illuminating the immeasurable value of literature feels more urgent and necessary than ever. Our new Penguin Classics brand poster highlights some of our favorite quotes that we've featured throughout our #RememberResistRediscover campaign, and we hope they give you as much insight and inspiration as they have us. Special thanks to the inimitably talented @penguinartgroup for making our poster come to life so beautifully ✨✊️

This one’s for all readers who salivate over the art and typography on the covers just as much as they go nuts over the content between them. This Instagram account is dedicated to highlighting the designers and art directors at work on the titles published by Penguin and their imprints.

We are so surprised by the number of readers who have chosen to read all three selections (AND our picture books) in September! We recognize that readers like choice (isn't that why we all have towering TBRs??) and we'll continue to present multiple options for diverse lit each month! Tell us which book (or books) you chose to read with us this month, and make sure to participate in our discussions on Goodreads! ⬇️ : @the_neverending_stack ❤️

A group of readers dedicated to reading diverse books, this book club challenges ‘grammers to read books outside their comfort zones. Book club picks range from Refugee by Alan Gratz to The Underground Railroad by Colson Whitehead.

"I guess there are never enough books." (John Steinbeck) // I guess it is national #readabookday! So, here is an oldie of Ernest sitting on some classics. #thebookhog #readingiscool

We’re well aware that there are plenty of cats, dogs and hot dudes who like to read. Nowadays, the well-read take their recommendations from Ernest Hedgingway, a self-avowed persnickety hedgehog with a taste for Ayn Rand, John Steinbeck, J.K. Rowling, and his namesake, Ernest Hemingway.

Thank you thank you thankyouuuu to each and every one of you 40,000 amazing individuals!!! Your support, enthusiasm and love mean everything to us ✨ with love, between two books #regram @florenceandthemachinee ・・・ CONGRATULATIONS to @betweentwobooks for reaching 40,000 followers!! This book club is the best idea ever and I'm so incredibly happy to be one of many people supporting it!! You girls are the sweetest people ever and I hope I'll get to do something this amazing in the future (and meet you guys too of course). All that you stand for, the amazing book recommendations and working along with @florence..all that makes me really happy and proud to be a fan of Florence + The Machine! Thank you for working hard and being awesome. Love you lots!

Back in 2012, a Florence and the Machine fan suggested that Florence Welch start a book club where fans read books based on her recommendations. The club itself is mostly run by fans. Welch posts pics of her reads from time to time and interviewing authors like Donna Tartt using fans’ questions. Follow for recs from other celebs like Rookie founder Tavi Gevinson and actress Greta Gerwig.

Until KL becomes a hotspot for our favourite authors, we’ll have to live vicariously through Kate Gavino’s sketches. The writer and illustrator attends readings in New York City and pairs quotes from each night’s reading to her drawing of the author.

Slovakian book lover Jakub Pavlovsky hopes people will make time for reading, anywhere, anytime, so he started the Book’s Calling project on Instagram. Every picture features him sitting with a book anywhere at any time as if the world pivots around the book and the reader. While we admire his gumption, we wouldn’t imitate some of his riskier poses.

A young neurosurgeon is diagnosed with terminal cancer in his last year of residency. This is his memoir; the story of a life he had to give up as it was just about to start. He writes with the eloquence of Oliver Sacks or Atul Gawande, and offers a stunningly wise reflection on dying young. Don't skip the epilogue, written by his wife after his death. #nonfiction #memoir #books #igreads #instareads #bookstagram @randomhouse

Nadia Rawls, the social media director of @ted and the ‘grammer behind this handle, has a rather eclectic taste in books swinging from Paul Kalanithi’s heart-wrenching memoir When Breath Becomes Air to Kevin Kwan’s super addictive Crazy Rich Asians series. Follow her tiny book reviews if you like them short.

"A carefully layered exploration of the age-old question, 'Is it better to have loved and lost than never to have loved at all?' (Fiction. 14 & up)" — @kirkus_reviews . . . #thecarefulundressingoflove #coreyannhaydu #ya #youngadult #teenreads #YAbooks #booklovers #igreads #teenbooks @duttonbooks @coreyannhaydu

Expect interviews and reviews from one of the most established voices in the book review scene. We’ve got to hand it to the Kirkus employees behind this feed because they sure have the knack for pairing the most fitting backgrounds to the books featured.

“It is a truth universally acknowledged, that a book in possession of a good first line must be in want of a reader.” Are you a picky book snob who judges books by their covers? Well, don’t be so prejudiced. You should judge a book by its first line instead.

Pssst…. people with books for faces are slowly taking over the world! Matching a book to your face or body is a fun way to show off the book you’re reading. While there are many Instagrammers strutting their #bookface in really creative poses, @bookfaceerina’s account gives us major book modelling inspiration.

Sunday funday curling up with this historical thriller from Anita Shreve! THE STARS ARE FIRE #bookbento #sundayfunday #bookstagram #igreads #9780385350907

The Instagram feed of book prescription site, Read It Forward, recommends books in a bento-like layout that’s aesthetically soothing to everyone’s inner minimalist. Forgive us but there are only so many multi-coloured flatlays we can take before we succumb to a book-murdering rage.

What you signed up for: Book recs and breakdowns of these literary times. What you’ll get: All that and yearnings for the gorgeous Literary Hub totes and the animals that pop up in random shots. Sadly, neither the totes nor the animals are for sale.

Have you watched the scene where Belle gushes over the library Beast gives her a thousand times? If you said ‘yes’ to that question, this account is a must-follow for you. If that dream of having a personal library seems too far away, let these images of the most beautiful libraries on earth placate you.

Congratulations to Kevin Young and BUNK for being longlisted for the National Book Award in Nonfiction!

It was pure torture picking just one publisher. Publishers (shoutouts to @riverheadbooks, @penguinbooks, @vikingbooks, and @mcswys) are really bringing their A game to the table. We have to hand it to Graywolf Press though. Their books seem to show up in the oddest places.

We hate to break it to the java worshippers but the book and coffee shot is overhyped. An ice-cream and a book is a better coupling in our books (pun absolutely intended). One question remains: Were any books harmed in the making of these shots? Happy bookstagramming! By Zoe Liew.http://rusbankinfo.ru займ на карту срочно без отказа 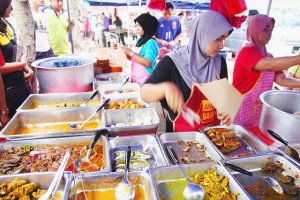 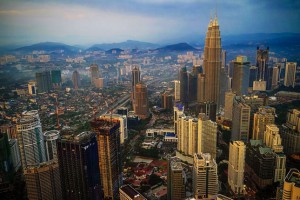 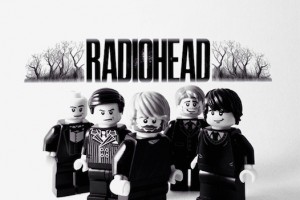 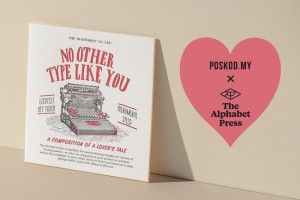