Mervyn Raj talks to the people at Interpr8 about their latest exhibition, a celebration of words and art. By Poskod

Tucked away on an upper level of Publika is Interpr8 art space. It’s one of the latest galleries to open in Publika, which continues to uphold its reputation as Malaysia’s artiest shopping mall, with its scattered sculptures, murals and art shops. Opened in May this year, Interpr8 is already hosting its second exhibition: Art in Search of Words.

Featuring seven Malaysian artists, Art in Search of Words is curated by Sharmin Parameswaran, co-owner of Interpr8, and Rachel Jenagaratnam, art writer and critic. The initial idea behind the exhibition was sparked by #Word: The Cooler Lumpur Festival, which took place 21-23 June 2013.

Inspired by words, this is an exhibition that requires audience input to fill in the blanks and engage in “conversation” with the artists. Citing reading, writing and words as her first loves, Sharmin jumped at the chance to combine words and visual arts together and feature them as part of the festival.

Another inspiration for the exhibition came from a common complaint from industry practitioners about the lack of discourse on art between artists in the industry and the viewer.

“Working with Rachel, we had several long discussions and debates on what bringing words and art together actually meant. Rachel then came up with the idea of getting the artist to provide the art, and the audience to provide the words by way of feedback or interaction.”

One of the more interactive art pieces in the gallery is chi too’s IPhone Envy. Audiences are encouraged to browse through a classic Nokia hand phone and reply to the messages.  Like his previous works, IPhone Envy explores a longing for a connection.

Shahril Nizam has two artworks featured in the exhibition. In the first, a painting entitled Pengejar Bintang, there is a beautiful Malay poem inscribed at the bottom. “The piece explores aspirations, dreams and desires that are far beyond one’s reach,” Shahril explained in a phone interview.

Shahril also created another artwork, Monument, which is a conceptual piece that takes the form of a sculpture of found objects. This was created as a tribute to Teoh Beng Hock, the Malaysian journalist and political aide whose death is still shrouded in controversy.

In Monument, viewers are asked to write down their hopes and dreams for their country on a small piece of paper and slip it in between a pile of multilingual local newspapers. At first glance, these hopes seem to be lost in between the huge pile of newspapers. Only when you carefully flip through the newspapers do you find the individual voices.

Other pieces of art span several different types of media. In G.I.W or God Is Watching, Halim Rahim uses digital photography as well as a mirror to question ideas of self-perception. Most of us look at the mirror at least once a day. Everyday, we are surrounded by mirrors. Some of us might use them to examine ourselves, or create alternate versions of ourselves.

Portable Sensors, by Sharon Chin, is a series of buzzwires in boxes, where the wires are shaped into graphs that reflect statistics of banned books in Malaysia from 1971 to 2012. The audience can navigate through the wires, but if you’re not careful, the alarm gets activated.

Zedeck Siew, who is both an artist and a writer, has included his own fictional stories in his piece, A Fear Of Flags, which comprises a quilt sewn together with images of political flags in Malaysia.

Haslin Ismail, meanwhile, was inspired by classic literature. Haslin uses Mary Shelley’s Frankenstein as an inspiration, reconstructing the entire book into a sculptural piece in his artwork, Mary Shelley. Viewers can also cut and paste words from the book.

When asked about the response of the audience to the exhibition, Sharmin said, “I was very apprehensive at the start of the exhibition, not knowing how the audience would take to the more conceptual art, where there isn’t X number of paintings on the wall to walk by. But the great thing was how much longer each audience took with each individual art work.”

Art in Search of Words seems almost like a conversation, where the audience can engage with the art by scribbling their thoughts on a piece of paper.

“The audience plays a huge role in the further development of an art piece,” says Sharmin. “What one reads and takes from an art work, further develops what the artist first intended with their work. And that art can be both interactive and fun.”

Art in Search of Words runs until 14 July at Interp8. More information about Interpr8 here. 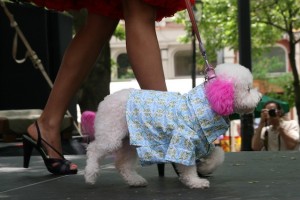 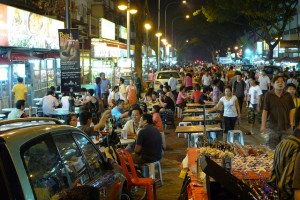 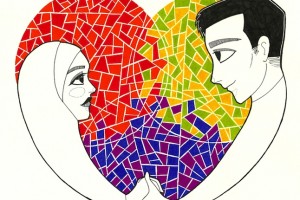