A Brief History of News Censorship in Malaysia

From the 1980's to today, here's what you should know about Malaysia's press freedom. By Dhabitah Zainal
This week, Malaysian Communications and Multimedia Commission (MCMC) took the measure of blocking Sarawak Report after the London-based website released a series of stories relating to 1MDB financial scandals.Update: On 24 July, MCMC warned that other publications which re-publish content from Sarawak Report would also be subject to action.The next day, The Edge published a four-page exposé on how Jho Low and PetroSaudi International “cheated” Malaysia of USD1.83 billion in cash.In a publisher’s note, The Edge had stated that the exposé might be their last 1MDB report, apparently anticipating that action would taken against the newspaper. Earlier in the month, The Edge had already received a show-cause letter from the Home Ministry, giving the newspaper seven days to explain why it should not be prosecuted under the Printing Presses and Publication Act of 1984 for spreading false information.Update: On 24 July, The Edge Weekly and The Edge Financial Daily were suspended by the Home Ministry for three months from 27 July onwards; The Edge responded that it would attempt to get the suspension lifted. Its digital and online media platforms will continue to be available. In this cheat sheet, we look at how other Malaysian newspapers have fared against the government in history:1980’sIn 1987, amidst reported racial tension and the crackdown of Ops Lalang, three newspapers which had been critically updating the issue were shut down and had their publishing permits suspended. They were The Star, Watan and Sin Chew Jit Poh.The Star was targeted mainly because of its seven controversial headlines as well as Tunku Abdul Rahman’s equally controversial and radical column “As I See It”. Its publishing permit was suspended for sixmonths before it continued publications, but when it did make a comeback they included an editor’s note/disclaimer that The Star did not hold the same views as Tunku Abdul Rahman. The column was then discontinued. You can read some of the controversial headlines here on Cilisos. Watan was not able to sustain itself and had to stop publications. Sin Chew found itself a new owner in Tiong Hiew King, and resumed publication in 1988.1990’sIn 1999, Canadian journalist Murray Hiebert was sentenced to prison for an article he wrote in 1997, which was published in Far Eastern Economic Review. In the article, Hiebert highlighted a case involving a local prominent judge’s wife and son, which moved through the legal system unusually quickly because of their connections. He was prosecuted for “scandalising the judiciary” and served four weeks in Sungai Buloh prison.Detik was a pro-opposition biweekly publication, which like others aligned to the opposition parties, faced the heat in 1999. It was issued a show-cause letter and when its licensed expired, the publication was not renewed until three months later.2000’sIn August 2008, Malaysia Today was blocked by MCMC, in what is believed to be the first case of an online media portal being curbed. The reason given by MCMC was that Malaysia Today was publishing offensive, false and indecent content, as well as “comments relating to Islam and how Muslims practice it.” The block was carried out under the Communications and Multimedia Act of 1998 (CMA).It was revealed that around 100 websites had been blocked for violation of CMA. In September of the same year, MCMC unblocked these websites after it was ordered to do so by the Malaysian cabinet.2010’sIn 2013, weekly publication The Heat was suspended “indefinitely” after publishing an exposé on the expenditures of Prime Minister Najib and his wife Rosmah. The suspension was then lifted by Putrajaya more than a month later.In 2014, government denied online news sites FZ Daily and Malaysiakini’s applications to publish newspapers. According to Home Minister Ahmad Zahid Hamidi, the move was necessary as an increase in newspapers will only “confuse the people.”In 2014, Prime Minister Najib Razak also launched a defamation suit against Malaysiakini for publishing two articles containing a selection of comments from readers. The Prime Minister justified the legal action by saying that “there is a difference between legitimate criticism and defamation”.In 2015, police arrested three editors and two executives from The Malaysian Insider, a news portal owned by The Edge, citing its reportage on hudud. The arrests were made under the CMA and the Sedition Act of 1948. Ho Kay Tat, Publisher of The Edge and Jahabar Sadiq, CEO of TMI, were detained overnight.Dhabitah Zainal Read this next: 7 Things To Know About the Sedition Act

More from Poskod.MY: 6 Things To Know About the Falling Ringgit 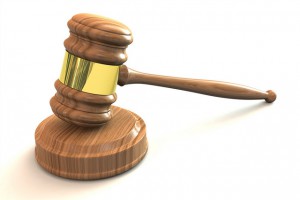 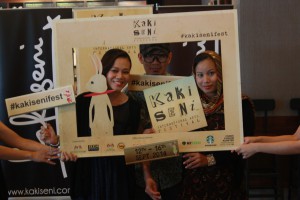 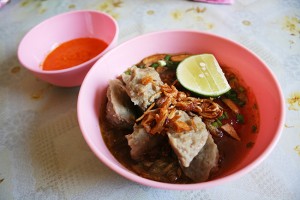