Could this tragedy have been prevented? By Dhabitah Zainal
Who are the missing Orang Asli children?Six girls and one boy – Juvina David, 7; Linda Rosli, 8; Haikal Yaakob, 8; Sasa Sobrie, 8; Ika Ayel, 9; Norieen Yaakob, 10 and Mirsudiar Aluj, 11. All of them were students of Sekolah Kebangsaan Tohoi in Gua Musang, Kelantan.How long have they been missing?They were last seen alive over 50 days ago, leaving through the back part of their hostel at 10am on 23 August 2015, but the teachers only noticed their disappearance after 6pm. They were believed to have run away and wandered off into the forest reserve to escape punishment by the school. A few days earlier, according to the Centre for Orang Asli Concerns, they had seen older children beaten for swimming in a river nearby without permission.Have any of the children been found?On Friday 9 October, two children were found alive near Gua Musang, despite being severely malnourished. They were identified as Norieen Yaakob, 10 and Midsudiar Aluj, 11.Not long after, the remains of Ika Ayel and Sasa Sobrie were identified. Two other skeletal remains were also found but since there are no DNA results, police still categorise three children, Juvina David, Haikal Yaakob and Linda Rosli as missing.What has been done to try and find them?A search party of 450 were set to look out for them on 9 September, in a targeted 20km radius from the point where they were last seen. Organisations involved in this included the Armed Forces, the Fire and Rescue Department, the Civil Defence Department, the Education Department and RELA.On 20 September, two Royal Malaysian Air force helicopters and two tracker dogs were also added to aid the search and rescue team. The victims’ families have also requested the help of 40 ‘bomohs’ to help locate the whereabouts of the children.What were the parents’ fears?The parents were worried that their children might have been abducted, possibly by organ traffickers. According to Rosli Alik, one of the missing children’s father, his daughter had only started attending school in January this year and she has never attempted to run away before. He believes that “something bad” must have happened to drive her to run away from school.According to two of the children’s mother, Midah Angah, the back fence has always been broken and the security of the kids were not well taken care of by the school authorities.Why did their school try to expel them?The school tried to expel the missing children for not attending classes. In a letter addressed to the parents dated on 2 September, the parents were told that they must bring them back to school within 31 days or the students will face expulsion. The letter was sent out even though everybody was already aware of the children’s disappearance. The letter was uploaded online by humanitarian group, United Sikhs, and provoked outrage.Why were the children living in a boarding school?Most of the Orang Asli children who attend school live in school dormitories, and this is mainly due to the fact that their homes are located too far deep in the jungle, which makes it a hassle for them to commute daily. Some of their schools are hours away from their villages. However, seeing how the school have responded to the children’s disappearance, more Orang Asli parents are now reluctant to send their children to school. This case could have a long term impact on the education of other Orang Asli children.How can we stop more children from disappearing like this?The Ministry of Education has proposed setting up a committee to investigate school hostels like the one where the children lived. Human rights NGO Suhakam has also said it will set up its own independent inquiry into the children’s disappearance. One question is clear: if the children did run away, what drove them to do this?It seems that there also needs to be more stringent support for Orang Asli families when such tragedies do occur. Not only did it take over two weeks for an official search mission to begin, the parents of the missing children said they were kept in the dark about their children.Our thoughts and prayers are with the children and their families.Dhabitah Zainalhttp://rusbankinfo.ru займ на карту срочно без отказа 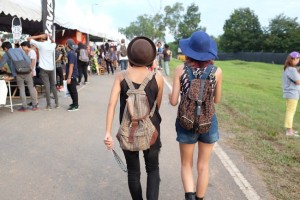 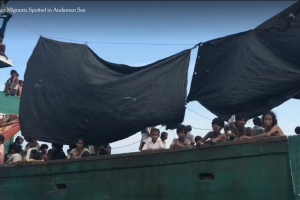