Don't miss these Malaysian musicians at the festival. By Poskod

This year’s Good Vibes line-up (23 August) has exciting international headliners Ellie Goulding, Empire of the Sun and Banks. But let’s not forget that the festival also showcases lots of local talent. Go a bit earlier to chill out and enjoy the day out in the sun while catching some of these lesser known Malaysian acts:

A band of two brothers, The Cotton Field Scarecrowes have a stripped, melancholy folk style that recalls the wistful Americana of Simon and Garfunkel and Bob Dylan (please note the old-timey spelling of “Scarecrowes”). Their debut album has just been freshly pressed and you can get your hands on it at the festival this Saturday.

Faiq and the Manja Mob

5pm at The Blue Stage.

For every cover band you’ve ever yawned to, there is one cover band that rises above. Faiq and the Manja Mob is that band. Their cover songs are fresh and funky, with a cheeky charm that has won them spots performing at The Bee and No Black Tie. Expect an eclectic range, from Radiohead to Bon Iver to R Kelly. Disclosure: Yes, it’s the same Faiq from That Effing Show.

Froya doesn’t release music very often (she has one EP to her name to date), but when she does, it’s very good. Her hit single “Fries and Cream” is the soundtrack to any sunny day; while her latest single “Uncomprehended Child” is undeniably catchy – the kind of song that Natalie Imbruglia might steal to relaunch her career.

Haunting electronica is +2db’s signature style. While the female duo’s remix of “Get Lucky / Doin’ it Right” is still their most-listened track to date, they also have some great original tracks to their name: listen out for the recent triphoppy track “Run”, produced by VMPRMYTH.

Indie band Bittersweet has gone through a few evolutions in their line-up but they still promise to deliver a great live set. As our friends at The Wknd put it, their magic is in “mixing local 60s Pop Yeh Yeh references and sincere love for Brit Indie style”. This is one band you’ll want to dance to.

The Impatient Sisters can really make a festival. They performed at last year’s Good Vibes too, but this show will be a bit different. Part of a line-up curated by Red Bull, you’ll have to keep your eyes and ears open for some surprise performances, which may or may not also include OJ Law and They Will Kill Us All. Shh… 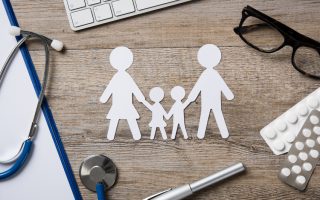 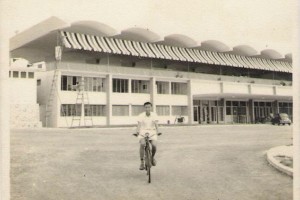