Malaria was once a widespread killer in this country. How did we change that? By Syahir Malaria is a tropical and subtropical infectious disease caused by parasites that are spread by mosquito bites. Malaria usually causes symptoms like fever, fatigue, vomiting and headaches but can also result in more severe conditions like yellow skin, seizures, coma or even death. It is also much more prevalent in third world countries. According to recent data, there were 198 million cases across the world in 2013.

What’s the difference between malaria and dengue?

Though both are perpetuated by mosquitoes, dengue fever is much more common in Malaysia now in comparison to malaria. Malaria is also spread by the female Anopheles mosquito whereas dengue is spread by the Aedes genus of mosquito. And while both illnesses bring about fever and headaches, dengue can also cause muscle and joint pain and worsen into dengue hemorrhagic fever or dengue shock syndrome. Malaria also has a slower onset with symptoms only appearing 10 to 15 days after being infected compared to dengue’s quicker onset of four to five days.

How many Malaysians are infected with malaria each year?

Despite its current existence in this region, its a far cry from how it used to be with over 240,000 reported cases in 1961. It’s effect has fortunately dwindled with only about 7000 reported cases in 2008 and a fatality rate of only 0.09%. It is much more common in rural areas and Borneo.

What impact has malaria had on Malaysia’s history?

Malaria was most rampant in rural areas and especially so in plantations such as rubber and palm oil. Important research was done during the colonial British era from as early as 1899. In fact, efforts to control the infection and spread of diseases like malaria and yellow fever were quite effective until the turbulence of the Japanese occupation and war period of the 1940s. About 30,000 people were kept in the abysmal conditions of the Japanese POW camps of Changi and Kranji. Almost 7000 of those kept in these prisons were infected with malaria and at least 10% of those died. This breakdown in control led to a malaria epidemic which was gradually curbed by a number of efforts made post-War.

What progress has Malaysia made in controlling malaria?

By 1911, a Malaria Advisory Board was established and much research was done from the 1920s to the 1940s in perfecting environmental management techniques. Shortly after the Japanese occupation, research was continued and concluded. This new information was part of collaborative efforts made in the 1960s and 1970s with the World Health Organization’s (WHO) Global Malaria Eradication Program that helped eradicate malaria from most parts of the country. By 1980, the number of cases had dropped about 76% to 44,226 cases from 1967’s figure of 181,495 cases. This decreased even further in the 1990s when the government chose to efficiently target high-risk populations and synchronize preventive and control efforts across district borders.

How do we prevent and treat malaria?

Like most other vector-borne diseases, it’s best to take measures to eliminate all possible breeding grounds for mosquitoes. Still and stagnant water areas should be drained and insect repellent and other sprays should be frequently applied when in high-risk areas. Insecticide-treated mosquito nets should also be harnessed around beds and rest spots when in these parts. Plenty of antimalarial medications already exist according to differing severity and types of the disease, though inability to have access to these drugs combined with a lack of qualified professionals are factors to why malaria is still a cause for concern in under-developed nations.

World Malaria Day is held on 25 April every year. 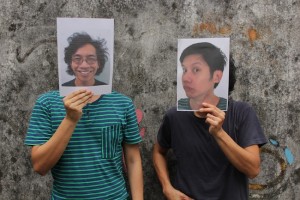 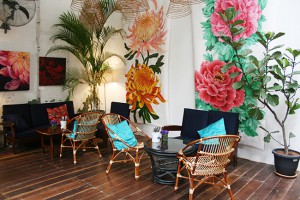