9 things to know about ASEAN

Why is 2015 an important year for ASEAN? Find out with our Cheat Sheet. By Dhabitah Zainal ASEAN stands for Association of Southeast Asian Nations. It is an inter-governmental association that was established in 1967 in Bangkok, Thailand after an ASEAN declaration signing by Indonesia, Malaysia, Philippines, Singapore and Thailand – the founding nations of ASEAN. Brunei later joined in 1984, followed by Vietnam in 1995, Laos and Myanmar in 1997 and finally Cambodia in 1999.

How often is the ASEAN Summit held?

The ASEAN summit is an annual meeting held by these ten countries to discuss the current economic and cultural issues of Southeast Asian countries. This year’s summit was held 26 – 27 April in Kuala Lumpur and Langkawi. The last two times Malaysia hosted the summit were in 2005 and 1977.

Why is 2015 an important year for ASEAN?

This would commit them to working closer together in a wide range of economic, political and socio-cultural issues. – See more at: http://www.straitstimes.com/news/asia/south-east-asia/story/asean-summit-territory-terrorism-six-highlights-you-need-know-201504#sthash.TVIwWnp5.dpuf

What is ASEAN Community?

Also known as AC15, the ASEAN Community consists of three pillars, namely ASEAN Political-Security Community, ASEAN Economic Community and ASEAN Socio-Cultural Community, each of which consists of its own blueprint. Each of the 10 countries has made commitments towards achieving AC15, from community building initiatives to economic initiatives such as freer movement of goods and services and establishment of economic growth triangles between countries.

What are the fundamental principles of ASEAN?

The ASEAN Member States have adopted six fundamental principles in the Treaty of Amity and Cooperation in Southeast Asia (1976). They include: mutual respect for the independence, sovereignty, equality, territorial integrity, and national identity of all nations; the right of every State to lead its national existence free from external interference, subversion or coercion; non-interference in the internal affairs of one another; settlement of differences or disputes by peaceful manner; renunciation of the threat or use of force; and
effective cooperation among themselves.

What is the usual itinerary of the summit?

The summit usually starts off with an internal organisation meeting held by the ASEAN leaders. After that, the ASEAN leaders will then hold a conference with the foreign ministers of the ASEAN Regional Forum. Finally, ASEAN leaders will then have a meeting with the leaders of ten of its Dialogue Partners – namely Australia, Canada, China, EU, India, Japan, Korea, New Zealand, Russia and US. As Chairman of ASEAN 2015, Malaysia strategizes the conclusions for the Roadmap for ASEAN Community and also develops a post-2015 Vision for the ASEAN Community.

What did the summit achieve this year?

Three documents were adopted this year, namely “Kuala Lumpur Declaration on a People-Oriented, People-Centred Asean,” a movement to bring ASEAN closer to the people and involve all sections of the society in its activities; “Langkawi Declaration on the Global Movement of Moderates,” an initiative to promote moderation and peace among the ASEAN countries; and finally the “Declaration on Institutionalising the Resilience of Asean and its Communities, and People to Disasters and Climate Change,” an incentive to help countries that are affected by natural disasters.

What else was discussed at the summit?

China’s move to claim the Spratly Islands in the South China Sea as part of its territory affects the Philippines, Brunei, Vietnam and Malaysia. This has been an area of tension but the discussions urged for a peaceful resolution. Other topics discussed included the threat of terrorism and also the possibility of a common time zone, which Malaysia and Singapore have backed (but will not happen for now).

What is the ASEAN People’s Forum?

ASEAN’S People’s Forum, otherwise known as The ASEAN Civil Society Conference (ACSC/APF), was concluded two days before the ASEAN Summit. It is a forum that gathers civil society organisations (CSOs), non-governmental organisations (NGOs), activists, people’s movements, government representatives and international agencies. The first Asean’s People Forum was held in Universiti Teknologi Mara (UITM), Shah Alam in 2005. During this year’s forum, also held in Malaysia, the participants voiced out their concerns on human rights issues such as the death penalty, persecution of minorities and land rights. 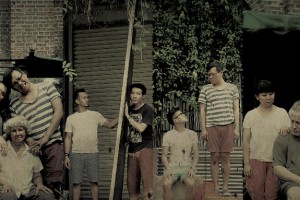 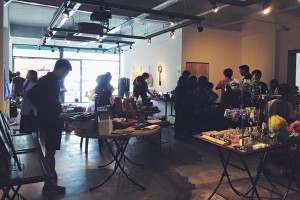 What To Do: Object For(M) Market